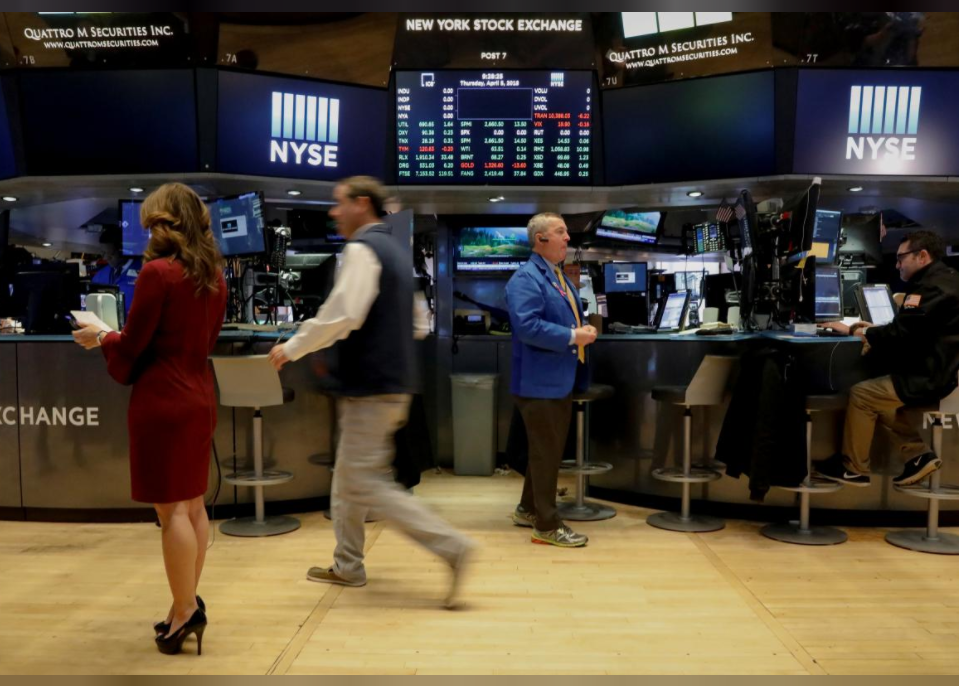 US stocks rose on Thursday as investor fears of an escalating trade conflict between the United States and China eased and as focus on upcoming earnings grew.

The S&P and the Dow were on track to post their first three-day gains in about a month, while Wall Street’s fear gauge, the CBOE Volatility index .VIX, dipped.

Boeing, among the hardest-hit stocks on Wednesday after China retaliated with $50 billion in tariffs on US goods, rose 2.7 percent, giving the Dow its biggest boost.

On Wednesday, the Dow dropped more than 500 points after China and the United States imposed tariffs on each other’s products, but closed up 230 points after President Donald Trump’s top economic adviser Larry Kudlow said the administration was involved in a “negotiation” with China rather than a trade war.

“We’re three to six months away from seeing anything, and in three to six months, there can be a lot of negotiating. It wouldn’t take much to make this a less dramatic issue,” said Peter Tuz, president of Chase Investment Counsel in Charlottesville, Virginia.

Optimism over first-quarter earnings increased, with JPMorgan Chase and other financials expected to kick off the reporting period next week.

“We’re going into earnings season with a fair amount of optimism, largely driven by the new, lower tax rates and also driven by other bits of evidence the economy is doing very well,” Tuz said.

Facebook, Amazon, Alphabet and Netflix - collectively known as the “FANG” group - were up between 0.5 percent and 3 percent.

Facebook Chief Executive Mark Zuckerberg said the company had not seen “any meaningful impact” on usage or ad sales since the data privacy scandal.

Amazon rose 3.2 percent after being repeatedly hammered this week by Trump’s attacks on the online retailer.

Advancing issues outnumbered declining ones on the NYSE by a 2.57-to-1 ratio; on Nasdaq, a 1.71-to-1 ratio favored advancers.