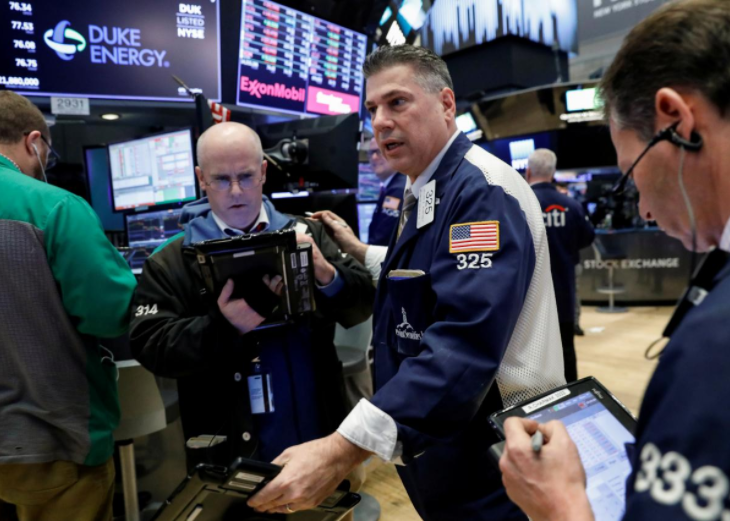 Wall Street on Friday struggled to shake off fears of a global trade war after the United States moved to slap tariffs on China and as technology stocks took another hit with Micron’s results weighing on chipmakers, though oil prices gave some succor.

The Dow Jones Industrial Average and the benchmark S&P 500 indexes swung between gains and losses in a choppy session, but the Nasdaq Composite stayed firmly in the red. The three indexes are on track for their biggest weekly declines in six weeks.

“There’s a little bit of nervousness out of Washington now. Investors are more content to be at the sidelines over the next couple of weeks as we see what develops on the trade war,” said RJ Grant head of trading at Keefe, Bruyette & Woods in New York.

“It’s prudent to take a little off the table.”

That sparked a tumble in other chipmakers, sending the Philadelphia semiconductor index .SOX down 1.8 percent. The S&P tech index .SPLRCT, already under pressure this week in the wake of the Facebook data scandal, fell 0.99 percent.

The S&P energy index .SPNY was up 0.78 percent, with oil prices gaining and providing some relief to the market, as they have for most of this week.

Nike rose more than 2.3 percent after the company said it expected North America business to return to growth in the latter half of the year.

One bright spot among tech stocks was Dropbox Inc, which surged as much as 50 percent in its trading debut. The stock was last up 41 percent at $29.63 in heavy trading on heavy demand for the biggest tech IPO in over a year.