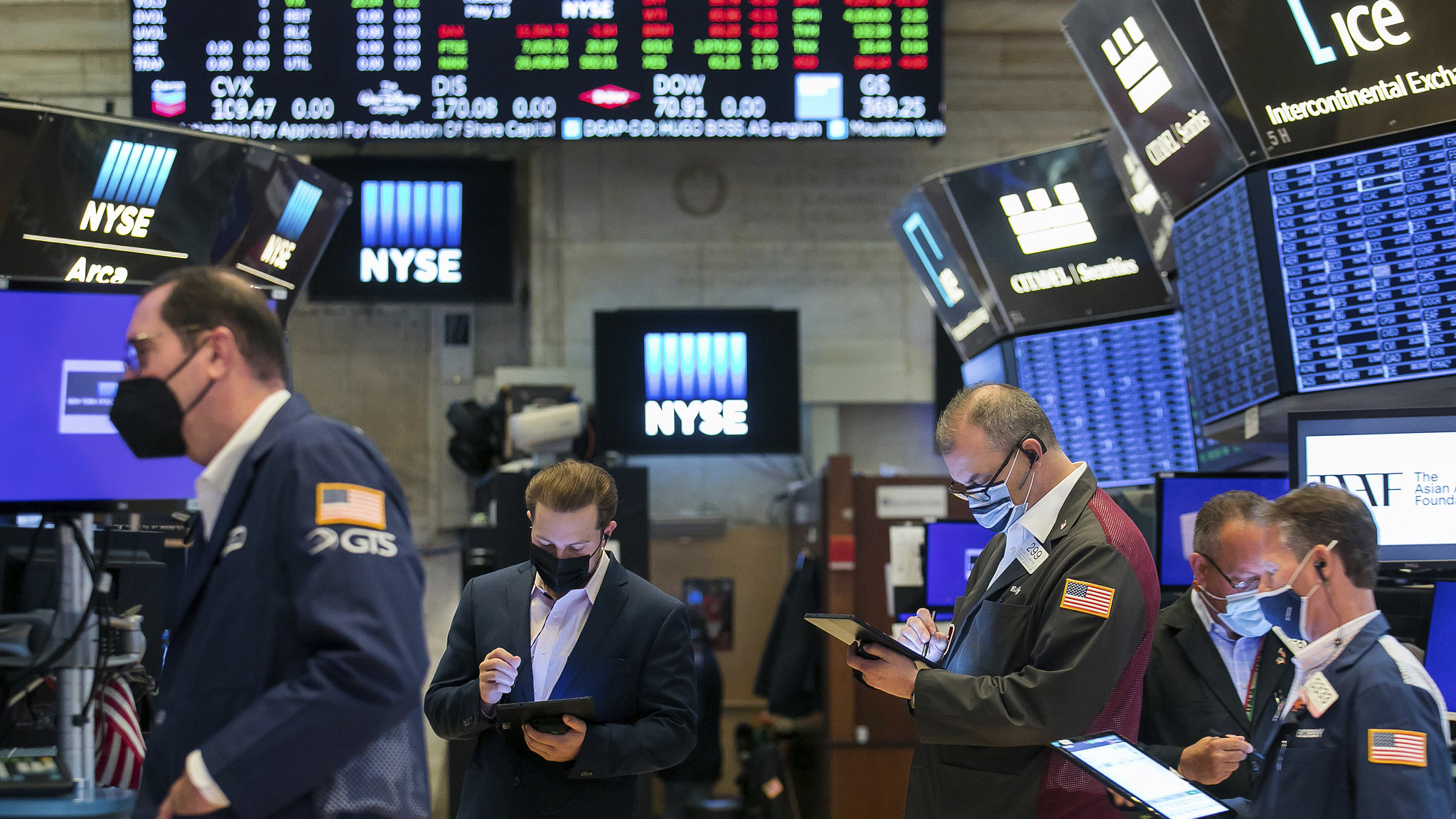 U.S. stocks climbed on Monday, with both S&P 500 and Nasdaq jumping more than 1 percent, as a retreat in U.S. Treasury yields helped lift expensive stocks in sectors such as technology.

Among the 11 major S&P sectors, technology advanced about 2 percent as the best performing on the session, as yields on the benchmark 10-year Treasury bond hit a two-week low, which also buoyed other richly-valued growth stocks.

Inflation concerns cooled for the time being as investors may be starting to view U.S. President's Joe Biden's infrastructure bill as likely to be smaller or unable to provide as big an economic boost, even after being pared down in size on Friday.

Bill Stone, chief investment officer of Glenview Trust Co. in Louisville, Kentucky, said growth stocks were likely getting a look on Monday due to the decline in yields.

"It seems to be the continued bounce in a rotation back to growth. The top performing sectors today are all growth stocks," he said.

Tech giants Apple and Microsoft, each up about 2 percent on the day, were the biggest boosts to the benchmark S&P index. The sector has been among the worst performing for the month and year to date as inflation concerns have grown and bond yields have moved higher.