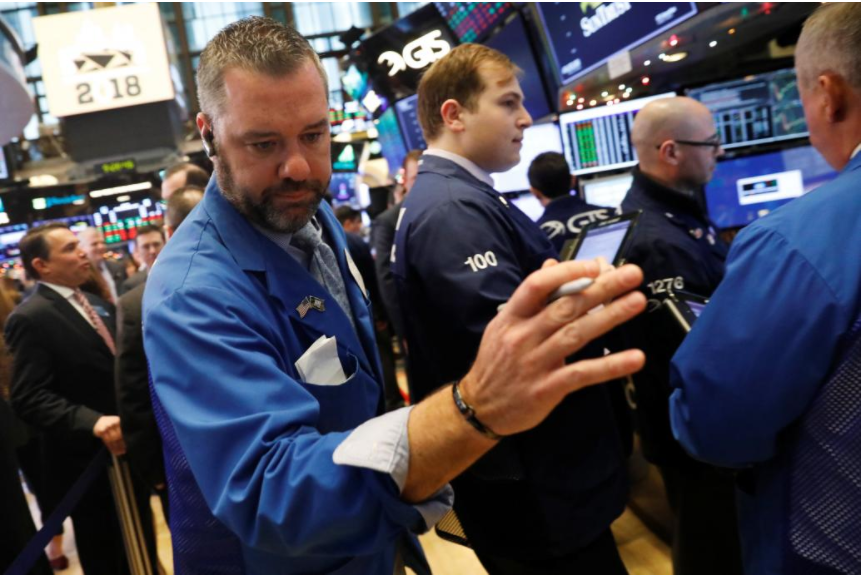 Traders work on the floor of the New York Stock Exchange shortly after the opening bell in New York, US, December 4, 2017. Photo:REUTERS/Lucas Jackson

US stocks advanced on Friday, buoyed by a solid payrolls report for November that locked in expectations for an interest rate hike from the US Federal Reserve next week and raised optimism about economic prospects in 2018.

Technology stocks such as Microsoft (MSFT.O), Apple (AAPL.O) and Oracle (ORCL.N) helped pace the advance, as they continued to rebound from a selloff in the sector earlier in the week.

Nonfarm payrolls rose by 228,000 jobs last month amid broad gains in hiring as the distortions from the recent hurricanes faded, Labor Department data showed, topping expectations calling for a rise by 200,000 jobs.

Average hourly earnings rose 0.2 percent in November after dipping 0.1 percent the prior month, but fell shy of the estimated 0.3 percent rise.

“It’s hard to find much fault with it. I guess if you are looking to find fault it would be that the wage growth isn’t as fast as we would like it to be and came up a little bit short,” said JJ Kinahan, chief market strategist at TD Ameritrade in Chicago.

The jobs data cemented expectations the Fed will raise rates at its meeting next week as traders now see a 96.2-percent chance of a quarter-point hike, according to Thomson Reuters data.

“The focus is moving to what the Fed is going to do next week, what the composition of the board is going to look like,” said Rob Stein, CEO of Astor Investment Management in Chicago.

US President Donald Trump signed legislation to fund the federal government for two more weeks, averting a government shutdown while Congress negotiated a longer-term budget deal, temporarily removing a potential headwind for stocks.Microsoft rose 2.02 percent as the biggest boost to the S&P 500. The S&P technology sector .SPLRCT was up 0.4 percent and was on track for its fourth straight day of gains, erasing all of the nearly 2-percent decline suffered by the sector to start the week.

Alexion Pharmaceuticals (ALXN.O) jumped 7.2 percent and was the best performer on the S&P, after a report said hedge fund Elliott Management wanted the company to take steps to boost its stock price, including by exploring a sale. The gained lifted the S&P healthcare sector .SPXHC 1.1 percent.

Advancing issues outnumbered declining ones on the NYSE by a 1.47-to-1 ratio; on Nasdaq, a 1.23-to-1 ratio favored advancers.

About 5.85 billion shares changed hands in US exchanges, compared with the 6.53 billion daily average over the last 20 sessions.