Wall Street plunged into the red on Thursday, with all three major stock indices closing lower after investors were disappointed by Federal Reserve Chair Jerome Powell's response to inflation fears. 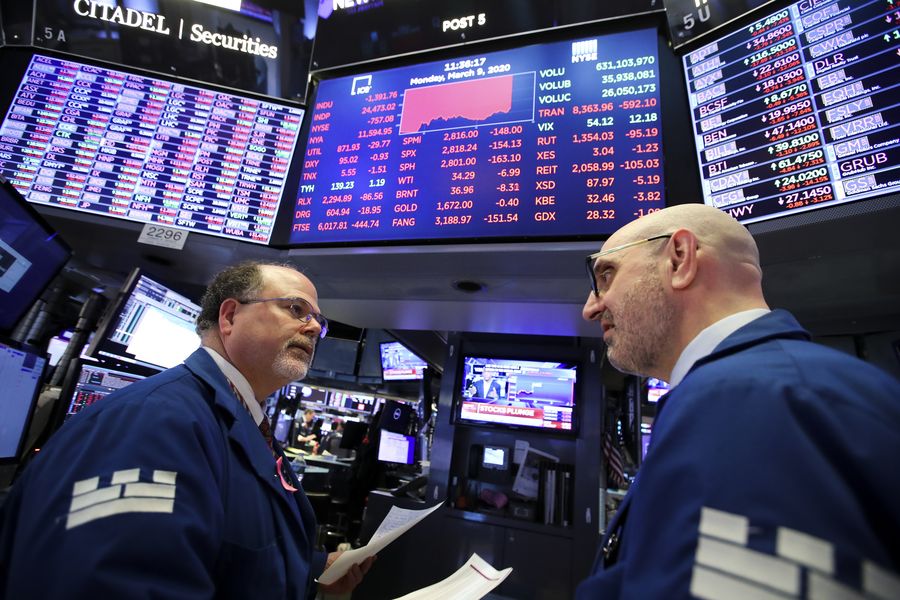 The tech-rich Nasdaq Composite Index was the biggest loser, falling 2.1 percent to end at 12,723.47, off the lowest point of the session.

Shares were choppy but mostly higher all day, but headed south shortly after Powell's speech, despite the central bank chair saying price increases are not an immediate concern and again pledging to keep the benchmark interest rate low for the foreseeable future.

Apparently markets wanted more, and the yield on 10-year US Treasury notes spiked to 1.55 percent, the highest this week and near the peak of the past year -- a red flag for inflation pressures -- which ignited a stock selloff.

Equities have been depressed in recent weeks as signs of economic recovery amid accelerating vaccine rollouts have traders worried about what will happen to prices and what companies and sectors are most vulnerable to rising borrowing costs.

The Nasdaq is close to correction territory, nearly 10 percent below its last peak on February 12.