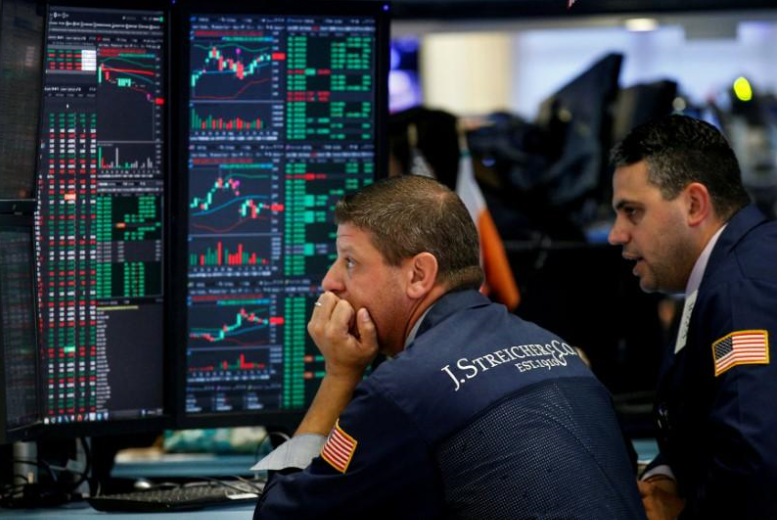 U.S. stocks closed lower on Monday after starting the day at record highs, weighed down by the tech and industrial sectors, while U.S. Treasury prices inched higher in thin volume.

General Electric (GE.N) tumbled 6.3 percent after some research analysts lowered their price targets on the stock, citing higher chances of a dividend cut at the industrial conglomerate.

U.S. Treasury prices rose slightly, tracking gains in the European bond market. Investors added to their positions after a sell-off the last few days ahead of this week’s debt auctions and a European Central Bank monetary policy meeting.

Wall Street opened at record highs following Japanese Prime Minister Shinzo Abe’s emphatic win in weekend polls. The victory also sent the dollar to a three-month high against the yen, as investors bet the win would mean a continuation of “Abenomics,” the ultra-loose policies that have kept downward pressure on the yen.

The Japanese yen strengthened 0.16 percent versus the greenback at 113.35 yen per dollar JPY=.

Quincy Krosby, chief market strategist at Prudential Financial, headquartered in Newark, New Jersey, said the market is not down in a “meaningful” way, but taking a pause.

“This is the week for earnings,” she said. “The market basically wants to ascertain that they’re going to see top-line revenue growth and bottom-line performance before they commit themselves.”

Corporate earnings have gotten off to a strong start, with 73.2 percent of the 97 S&P companies beating profit expectations versus a 72-percent beat rate over the past four quarters.

Madrid took the unprecedented step of firing the government of Catalonia on Saturday in a last resort to thwart its push for independence. Catalan leaders called for civil disobedience in response.

Gold prices touched a more than two-week low before paring losses as chart signals helped offset pressure from a stronger dollar and an early advance in equities.