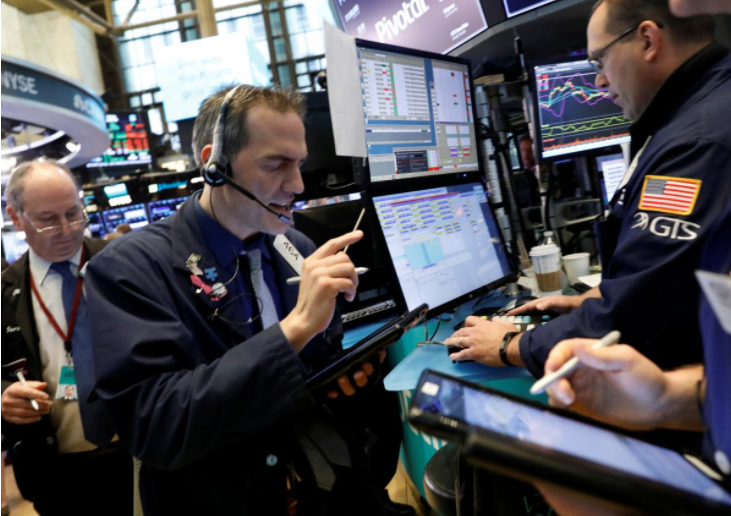 Wall Street edged higher on Monday, led by technology stocks, as optimism about strength of the earnings season helped ease concerns on rising US Treasury yields.

The yield on 10-year US Treasuries US10YT=RR hit a four-year high of 2.998 percent, edging closer to the 3-percent level, amid worries about the growing supply of government debt and accelerating inflation as oil and commodity prices climb.

While rising yields usually tend to make stocks look less attractive in comparison, which was one of the triggers for the equity market sell-off in February, market strategists said strong earnings could help investors overlook such concerns this time around.

“If we get to that level (3 percent), it’s not going to be too much of a negative for investors because earnings have been coming in quite good and that’s what we need to push stocks higher,” said Jeff Kravetz, regional investment strategist at US Bank Wealth Management.

Kravetz is of the opinion that bonds won’t be a competition for stocks until the US 10-year Treasury yield hits 4 percent.

“We’ve got great consumer sentiment and inflation is still contained. But as rates go up, and we do get risk up in the system.”

With first-quarter results pouring in, profits are already turning out to be much stronger-than-expected, according to Thomson Reuters I/B/E/S.

Earnings at S&P 500 companies are expected to have risen 19.9 percent in the quarter, compared with 18.6 at the start of the season, making it the strongest quarter in seven years.

This week, 181 S&P 500 companies are scheduled to report including some of the technology heavy-hitters like Facebook, Microsoft, Amazon and Intel. Alphabet reports after markets close on Monday.

The S&P technology index was up .SPLRCT 0.6 percent, leading gains among the 11 major S&P sectors.

Shares of aluminum companies fell after the US opened the door to sanctions relief for Russian aluminum giant United Company Rusal Plc. Alcoa tumbled 11.5 percent and Arconic’s 3.3 percent drop made it the biggest loser on the S&P.