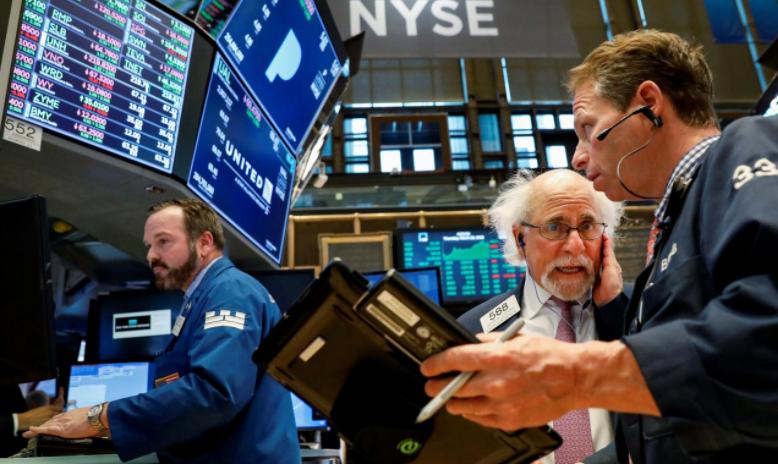 The Dow Jones Industrial Average and the S&P rose more than 1 percent, while the Nasdaq added 2 percent on Monday as strength in technology shares and a softer stance by US policymakers on China trade tariffs powered a rebound from last week’s selloff.

Ten of the 11 major S&P sectors were higher and 27 of the 30 Dow components were in the positive territory. Goldman Sachs was the biggest boost to the Dow, while gains in Apple shares led the S&P 500.

Earlier in the day, US President Donald Trump’s economic adviser Larry Kudlow told CNBC the president may be open to forming an international coalition to grapple with Chinese trade issues.

“The president is amenable to that. He’s not necessarily out soliciting support yet, but he is amenable,” Kudlow said.

Investors will look for comments from Chinese President Xi Jinping, who is set to speak at the Boao Forum on Tuesday.

Global markets came under pressure last week as the United States and China threatened each other with tens of billions worth of tariffs.

The week also marks the start of earnings season with big US banks such as JPMorgan Chase, Citigroup and Wells Fargo set to report first-quarter results on Friday.

“Today the markets are looking positive as a probable healthy earnings helped by the recent tax benefits and a strong economy acts as a breath of fresh air,” said Andre Bakhos, Managing Director at New Vines Capital Llc In Bernardsville.

Shares of Leucadia National jumped 13 percent after the company said it would sell most of its non-financial assets to focus on investment banking and capital market businesses.

General Motors was up 1.5 percent after Morgan Stanley raised it to “overweight”.