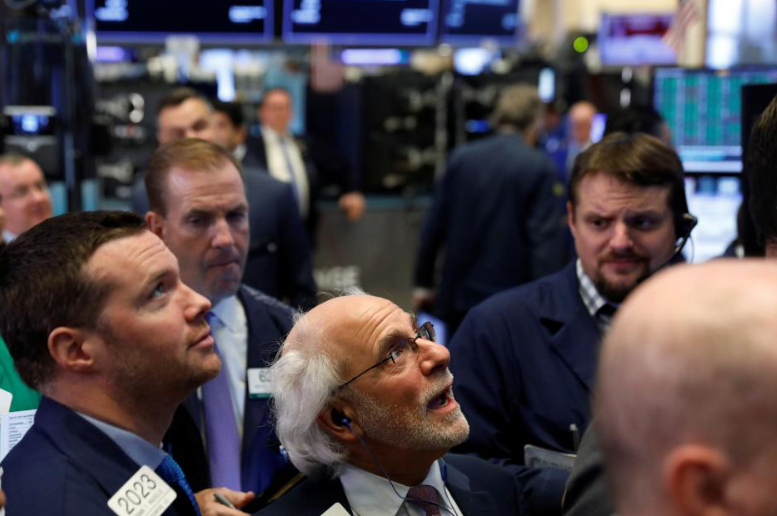 Traders work on the floor of the New York Stock Exchange shortly after the opening bell in New York, U.S., November 1, 2017.  REUTERS/Lucas Jackson

Wall Street closed at a record high on Wednesday as videogame makers rallied and Apple’s market value climbed above $900 billion.

That sparked a rally among its competitors, with Activision Blizzard surging 5.89 percent and Electronic Arts adding 2.19 percent.

Buoyed by optimism about the recently released iPhone X, Apple added 0.82 percent and ended with a market capitalization of $905 billion, its highest ever.

More broadly, investors remained nervous about the potential outcome of the Republican plan unveiled last week that would cut corporate taxes while eliminating a range of popular tax breaks. The bill is expected to face strong opposition from interest groups.

Republicans have yet to score a major legislative win since Trump took office in January, even though the party controls both chambers of Congress as well as the White House.

“There is going to be some give and take before we get a final tax package to be voted on.”

The S&P 500 has risen about 21 percent since the election of President Donald Trump a year ago, partly on the back of his promises to cut taxes and other business-friendly measures.

Six of the 11 major S&P sectors rose, led by a 1.08-percent increase in consumer staples.

The tech sector was boosted 0.5 percent by a 2.17 percent rise in Qualcomm after the smartphone chipmaker launched a server processor aimed at challenging Intel. Intel declined 0.17 percent.

Advancing issues outnumbered declining ones on the NYSE by a 1.03-to-1 ratio; on Nasdaq, a 1.05-to-1 ratio favored decliners.

About 7.0 billion shares changed hands on U.S. exchanges, above the 6.5 billion daily average over the last 20 sessions.