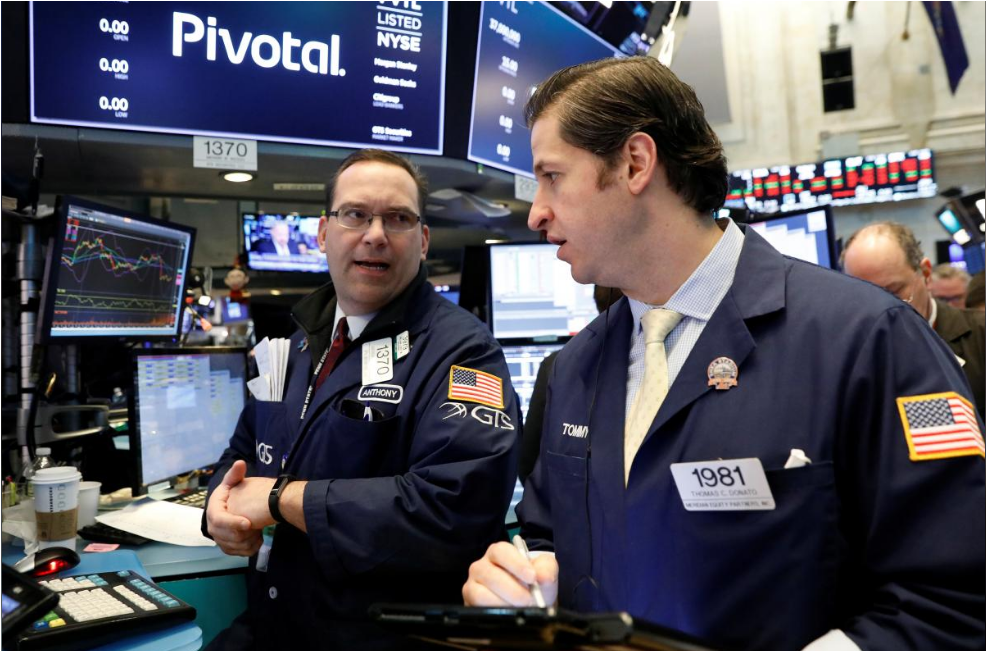 Facebook’s 9.4 percent jump after blockbuster results and gains in chipmakers powered technology stocks on Thursday, with easing US bond yields helping the sentiment on Wall Street.

The S&P technology index rose 2.2 percent, the biggest gainer among the 11 major S&P sectors, and was on track to break its six-day losing streak. Only six stocks in the 69-member index were in the red.

The gains come after US equities were pressured by a rise in the 10-year Treasury yield to 3 percent on Tuesday, a level it last hit in 2014, stoking fears about rising inflation and corporate costs.

“The rising yields are having an impact and there are some concerns that we’re in an environment where we’re seeing a peak in terms of earnings growth,” said Emily Roland, head of capital markets research at John Hancock Investments in Boston.”

“But some of these factors are overshadowing the fact we have sturdy fundamental backdrop, both earnings and economic.”

Facebook reported a strong 63 percent rise in profit and an increase in users, with no sign that business was hurt by a scandal over the mishandling of personal data.

Amazon which is set to report after the closing bell on Thursday, was up 3 percent.

Of the 227 S&P 500 companies that have reported first-quarter earnings so far, 79.7 percent topped profit estimates, according to Thomson Reuters data. Analysts now expect earnings growth of 23.1 percent, compared with 18.6 percent at the start of the season.

Supporting the equities, the 10-year yield dropped below the 3 percent mark. [US/]

Among other big gainers was Visa which rose 4.8 percent following the payments network’s better-than-expected profit and earnings forecast raise.

Advanced Micro Devices and Qualcomm were up 12.2 percent and 0.3 percent after the chipmakers posted quarterly results that beat Wall Street estimates, offsetting the recent worries over slowing smartphone chips demand.

The gains pushed the Philadelphia Semiconductor index up by more than 1.4 percent.

The Dow Jones Transport index fell 1.1 percent, led by a 3 percent decline in Union Pacific, after the No. 1 US railroad operator warned on a key operating metric.

General Motors fell 1.8 percent after the automaker reported a decline in quarterly profit and said it expected material costs to continue rising.