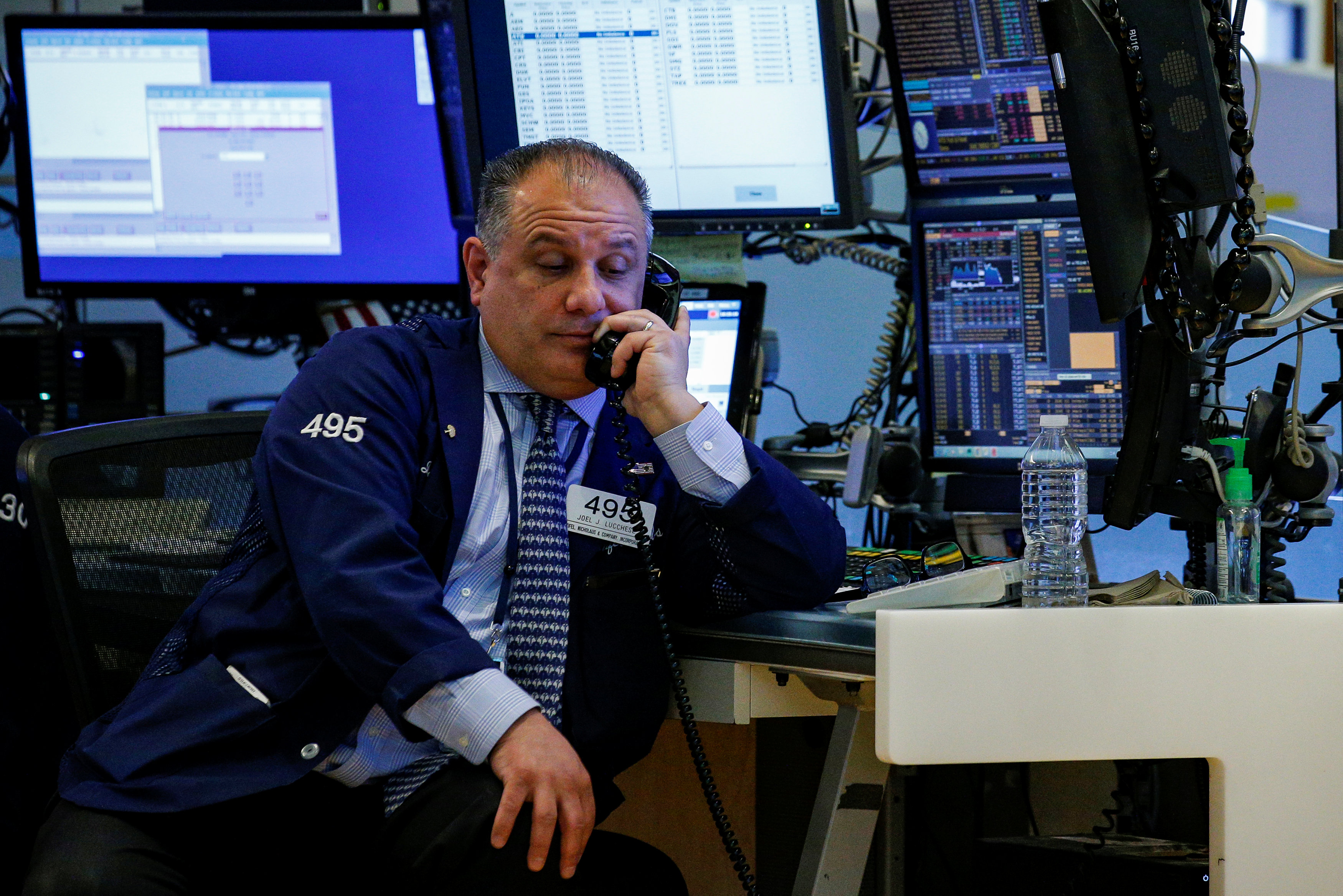 Wall Street’s main indexes fell on Wednesday as U.S. President Donald Trump looked set to impose steep tariffs on imported steel and aluminum this week, a move that could spiral into a global trade war.

The markets have been choppy, with the Dow falling more than 300 points, following the exit of staunch free trade supporter Gary Cohn from the White House.

“There is more of a political worry that has crept back into the market,” said Brent Schutte, chief investment strategist at Northwestern Mutual Wealth Management.

“It’s not just the tariffs, but the broader White House changing ... all those things are undercurrents which are affecting market sentiment in the near-term.”

Trump also stepped up pressure against China to develop a plan to reduce its trade imbalance with the United States by a billion dollars.

Markets trimmed losses after a Bloomberg interview in which White House trade adviser Peter Navarro, who favors strong tariffs, said he was not a candidate to replace Cohn as Trump’s chief economic adviser.

Cohn, the architect of a tax overhaul passed in December, was seen as a stabilizing force within the Trump administration. His departure is seen strengthening the hands of those advocating a protectionist agenda.

In contrast, the Russell 2000 index, which tracks U.S. small-cap stocks, was up 0.11 percent as domestically focused companies are expected to benefit from a protectionist stance.

Worries over the threat to global trade that U.S. moves would represent have dominated Wall Street trading for almost a week.

Spokeswoman Sarah Sanders told reporters the White House was on track to announce tariffs by the end of this week.

Wednesday’s losses were broad-based, but shares of manufacturing titans Boeing and Caterpillar were hit hard on worries about higher input costs and trade barriers outside the United States.

Also contributing to the losses were a set of weak results and forecasts from Dollar Tree and Ross Stores.

Exxon (XOM.N) dropped 2.8 percent as investors were disappointed about the company’s decision not to announce a share repurchase plan.