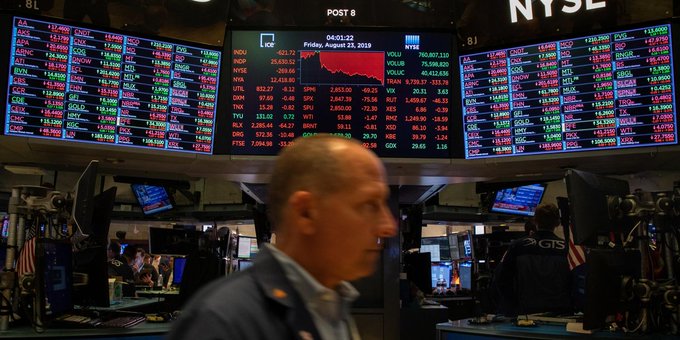 US stocks drifted higher at the open on Thursday as investors mostly disregarded a House vote making US President Donald Trump the third American leader to face impeachment.

He will not face trial in the US Senate, where Trump's fellow Republicans have control.

Investors were also digesting economic data that showed a weekly dip in claims for unemployment insurance but unexpected slowdown in manufacturing activity in the Philadelphia region.

About 10 minutes into the trading session, the main indexes edged into record territory: the benchmark Dow Jones Industrial Average and tech-heavy Nasdaq were both up 0.2 percent at 28,294.94 and 8,845.37, respectively.

This added to "simple buying momentum for a market that has been repeatedly impervious to breaking down in the face of bad news," O'Hare wrote.

Shares of Dow-member Boeing gained 0.5 percent despite the fact Moody's downgraded the company's debt following the decision to halt production of the 737MAX as it awaits approval to return the aircraft to the skies following two deadly accidents.