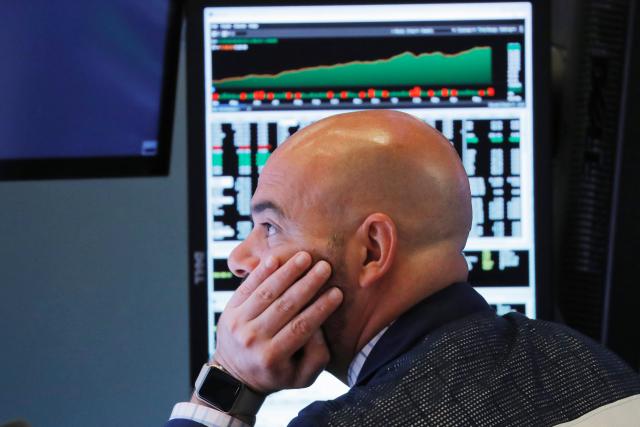 A trader works on the floor of the New York Stock Exchange shortly after the opening bell in New York, US, June 4, 2018. (Reuters/Lucas Jackson)

US stocks slumped on Tuesday, with the Dow Jones Industrial Average erasing its gains for the year, as markets were rattled by escalation of the trade dispute between the United States and China.

The sell-off was broad-based, with 29 of the 30 Dow components in the red and eight of the 11 major S&P sectors lower.

The S&P materials index declined 1.8 percent and the industrials index fell 1.5 percent. The tech and energy were down more than 1 percent.

Shares of Boeing, which is the single largest US exporter to China, fell 3 percent, weighing the most on the Dow. It was followed by construction equipment maker Caterpillar, which dropped 2.8 percent.