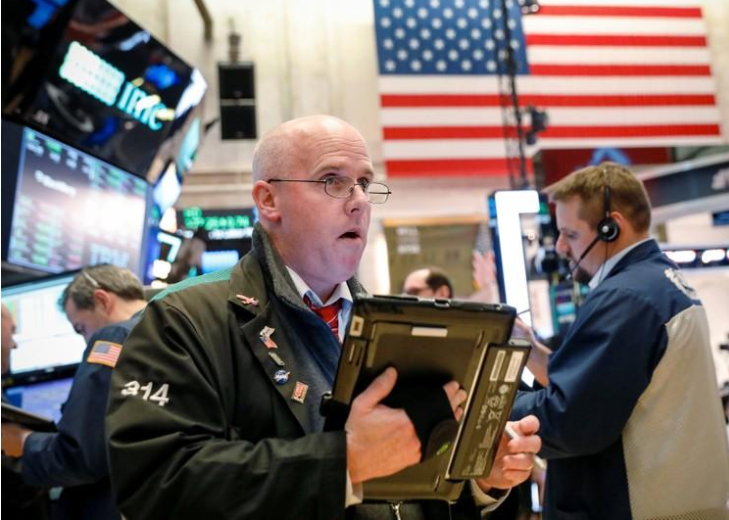 Wall Street edged lower on Wednesday as brewing tensions between the United States and Russia over a possible military action against Syria turned investors risk averse.

The S&P banks index .SPSY slipped more than 1 percent and were the biggest decliners. JPMorgan (JPM.N) and Bank of America (BAC.N) fell about 1.2 percent, while Goldman Sachs (GS.N) dropped 1.6 percent.

The U.S. 10-year yields fell to 2.7753 percent US10YT=RR after U.S. President Donald Trump declared that missiles “will be coming” and blasted Moscow for standing by Syrian President Bashar Assad. [US/]

Russia had earlier warned that any U.S. missiles fired at Syria over a suspected chemical weapons attack on a rebel enclave would be shot down.

“It feels like there are expectations that the U.S. is going to take some action against Syria, The market, I don’t believe, has priced one yet,” said Phil Blancato, Chief Executive of Ladenburg Thalmann Asset Management in New York.

“You’ve got the tariff story which continues to proliferate, some of the long-time folks in Congress are stepping down and not willing to run again, and then you’ve got Syrian issue,” said Blancato.

U.S. House of Representatives Speaker Paul Ryan, just months ahead of pivotal congressional elections, said he will not seek re-election to Congress in November and will relinquish his leadership post at the start of 2019.

Data showing a rise in U.S. core inflation for March - which was up 0.2 percent and matched February’s increase rise - failed to boost yields as headline consumer prices fell for the first time in 10 months.

The Federal Reserve is set to release the minutes of its March meeting, when the U.S. central bank voted to raise interest rates.

Escalating tensions in Syria lifted oil prices by over 2 percent to their highest in more than three years. [O/R]

Escalating tensions in Syria lifted oil prices by over 2 percent to their highest in more than three years. [O/R]

Declining issues outnumbered advancers on the NYSE for a 1.00-to-1 and on the Nasdaq for a 1.05-to-1 ratio.