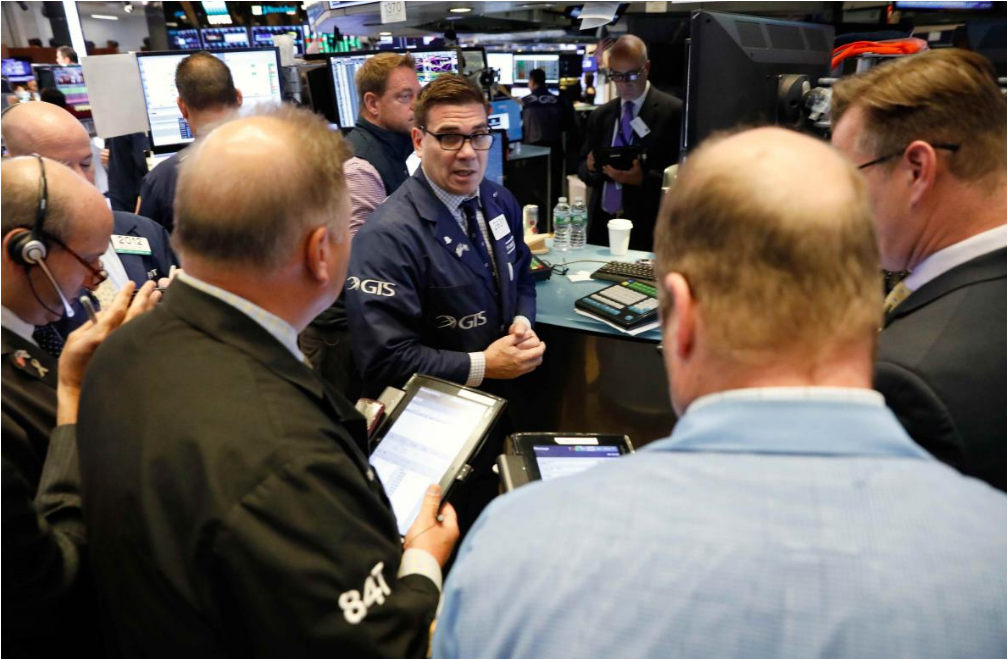 US stock indexes slumped on Tuesday, with bank stocks among the hardest hit, as a deepening political crisis in Italy triggered rush to safe-haven assets.

The S&P 500 and the Dow Jones Industrial Average were hovering near three-week lows on the prospects of a repeat election in Italy that has raised doubts about the country’s future in the euro zone.

The news sent global stock markets on a tailspin, while assets perceived as safe havens, including gold and bonds, rose.

“Each time it happens people wonder is this the time the euro blows up?” said Paul Nolte, portfolio manager at Kingsview Asset Management in Chicago.

“If you wind up blowing up the euro then what happens to trade and commerce in general. Everything screeches to a halt.”

Yield on the benchmark US 10-year Treasury notes yield fell to their lowest level since mid-April to 2.84 percent.

The S&P 500 banking index fell 2.8 percent, on track for its worst one-day fall in over two months, led by losses in JPMorgan and Bank of America. Treasury yields can influence bank shares as higher lending rates tend to boost bank profits.

“There’s been a bit of a pullback in yields and obviously with the contraction on the curve, there could be implications from a financial standpoint in terms of the banks’ businesses that are tied to interest rates,” said Ryan Larson, head of US equity trading at RBC Global Asset Management in Chicago.