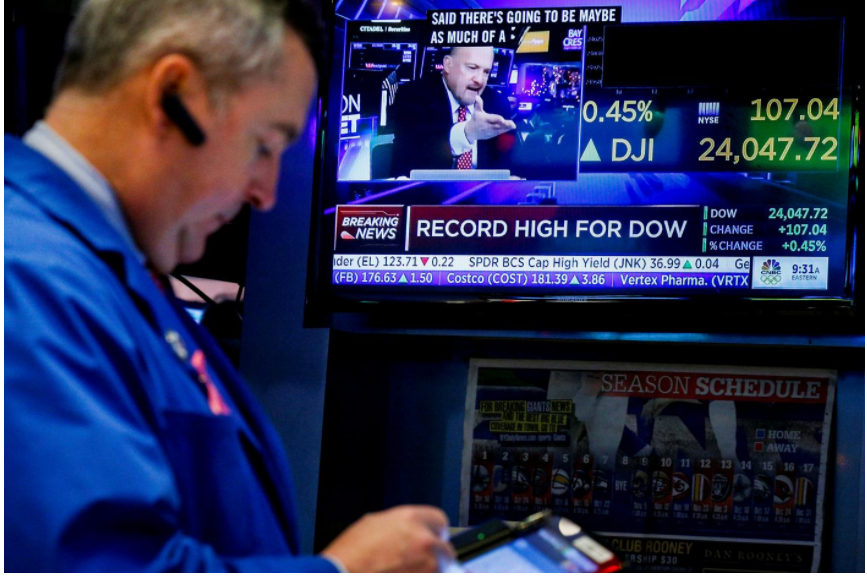 Traders work on the floor of the New York Stock Exchange, (NYSE) as a screen displays the Dow Jones Industrial Average as it crosses 24,000, in New York, U.S., November 30, 2017. REUTERS/Brendan McDermid

The Dow Jones Industrial Average broke the 24,000 mark for the first time on Thursday and other Wall Street indexes rallied on increasing indications the Republican party’s push for a U.S. tax overhaul may get enough support to pass.

Republican U.S. Senator John McCain said he would back the tax bill, citing a boost to the economy, even though it was “far from perfect.” Investors cheered McCain’s support as his vote against Republican Obamacare repeal efforts was key to its collapse earlier this year

“I think the key driver today is the tax reform. We just heard Senator McCain come out and say he will be supporting the bill,“ said Mona Mahajan, U.S. Investment Strategist, Allianz Global Investors in New York. ”There was some uncertainty around which way he would go this time.”

The blue-chip Dow index has crossed four 1,000-point milestones this year on the back of strong corporate earnings, robust economic data and hopes for corporate tax cuts.

“The market is beginning to price in a higher certainty of tax reform happening and that is the big driver today,” said Mark Heppenstall, chief investment officer at Penn Mutual Asset Management in Horsham, Pennsylvania.

The market has priced in only a 20-percent to 40-percent probability of tax cuts, according to UBS strategists. 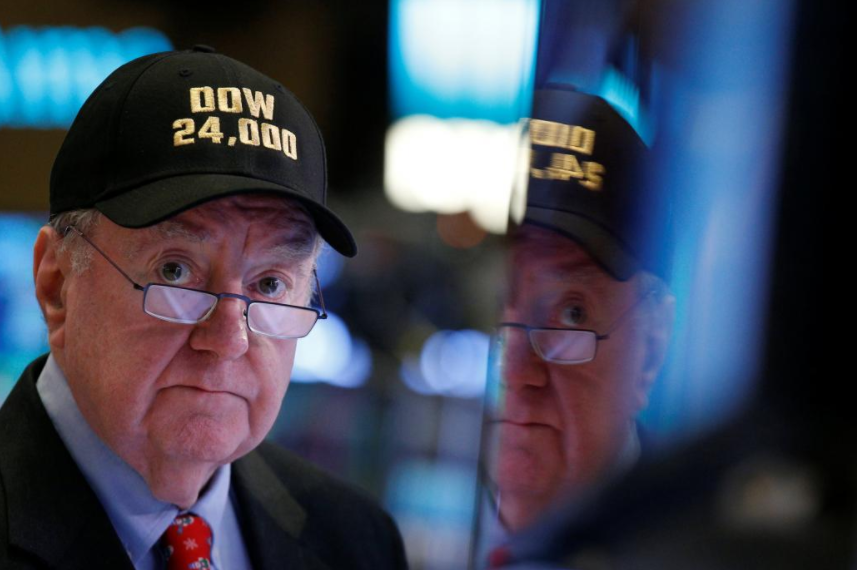 Art Cashin, Director of Floor Operations at UBS, wears a DOW 24,000 hat as he works on the floor of the New York Stock Exchange, (NYSE) as the Dow Jones Industrial Average crosses 24,000, in New York, U.S., November 30, 2017. REUTERS/Brendan McDermid

In the previous day’s session, Nasdaq had posted its biggest one-day drop in more than three months as investors rotated out of technology stocks.

The S&P and the Dow were set to post the eighth straight months of gains, while Nasdaq was on track to record five months of increases.

The S&P energy index .SPNY was rose 1.5 percent after OPEC agreed to extend oil production cuts to the end of 2018.

Industrials .SPLRCI rose 1.4 percent, helped by a 2-percent jump in transportation stocks .DJT, which would get a big boost from corporate tax cuts.

The S&P Financials sector .SPSY pared earlier gains but was still up 0.9 percent, boosted by expectations bank tax cuts would be passed on to investors in the form of share buybacks.

“That’s why the stocks have moved so much. Investors are saying they’re going to get these big dividends and buybacks,” said Brian Klock, a managing director in equity research at Keefe, Bruyette & Woods in Boston.

Data that pointed to a sustained increase in underlying price pressures and a drop in first-time applications for unemployment benefits last week also helped sentiment.

Advancing issues outnumbered declining ones on the NYSE by a 1.54-to-1 ratio; on Nasdaq, a 1.24-to-1 ratio favored advancers.