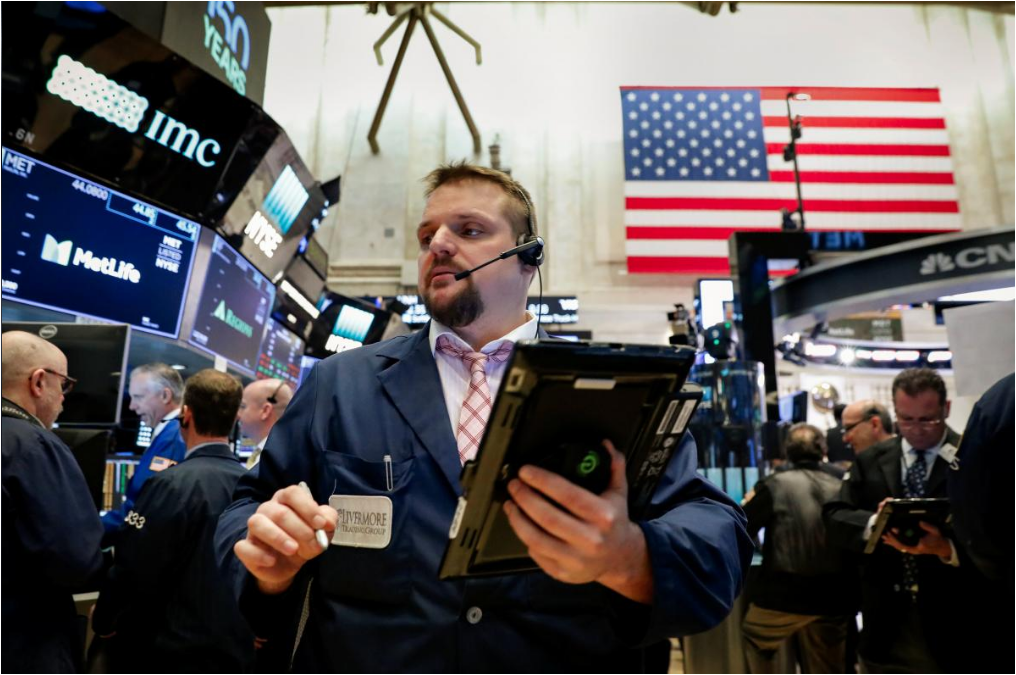 U.S. stocks jumped on Thursday as technology shares bounced back from a sharp selloff ahead of a long weekend that will mark the end of a turbulent quarter for Wall Street.

Shares of Facebook , Apple , Alphabet  and Microsoft  were up between 1 percent and 4 percent, driving a 1.7 percent gain in the S&P technology index .SPLRCT.

Still, the S&P 500 .SPX and the Dow .DJI are on track to log their worst quarter in more than two years on concerns over a global trade war and aggressive interest rate hikes, as well as a rout in technology stocks caused by the Facebook data scandal.

“People are worried about rising interest rates. That has led to market volatility and we’ll see more of that,” said Mark Esposito, president of Esposito Securities LLC.

Global investors have cut their equity exposure to a four-month low in March, according to a Reuters poll, while reducing their holdings of U.S. stocks to the lowest in nearly two years.

All eleven major S&P 500 sectors were positive. Trading volumes are expected to be light, ahead of the long Easter weekend.

Economic data released on Thursday did little to change the expectations of interest rate hikes.

Consumer spending, which accounts for more than two-thirds of U.S. economic activity, increased 0.2 percent last month after a similar gain in January.

Amazon  fell more than 1 percent after President Donald Trump blasted the company with a list of complaints, a day after news website Axios reported that Trump wants to rein in the company’s growing power using federal antitrust laws.