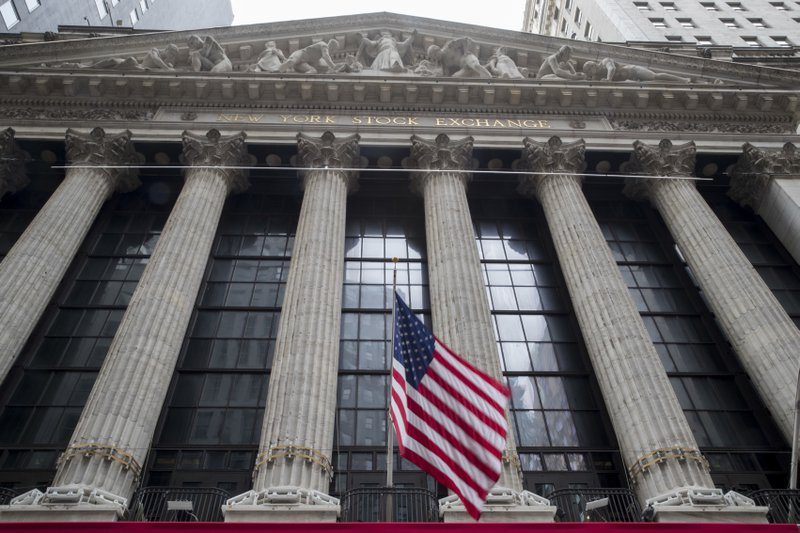 The stock market hasn’t been this dizzying in years, and investors may need to get used to it.

The S&P 500 slid 4.6 percent this past week as worries piled up about the economy’s strength, global trade and interest rates. It was a whiplash-inducing reversal from the prior week, when the S&P 500 jumped 4.8 percent. The last time investors experienced such a big swing in stock prices between two weeks was in late 2011.

It’s the latest gyration for a market that’s become increasingly twitchy, as investors try to make sense of big questions that don’t yet have clear answers for. Will tariffs derail the global economy and sink profits for businesses around the world? Will the Federal Reserve raise U.S. interest rates too quickly and choke off growth?

Many Wall Street strategists see more volatility on the horizon.

“What we have experienced in 2018 and most acutely since October is, unfortunately, more normal than not,” said Katie Nixon, chief investment officer at Northern Trust Wealth Management.

With economic growth expected to slow and interest rates expected to rise, many along Wall Street are forecasting 2019 will be a rocky year for stocks. “The end of easy” is the title that Wells Fargo Investment Institute gave for its 2019 investment outlook.

Easy, for investors, is what the stock market had been for most of its run that began in the spring of 2009. For most of the past decade, the Federal Reserve kept interest rates extremely low to promote economic growth following the 2008 financial crisis and the Great Recession. That helped keep borrowing costs down and lift all kinds of markets.

But now the Fed is gradually raising interest rates. It has increased short-term rates eight times since 2015, and economists expect another hike to come later this month. Those higher rates — and expectations for more — have been one catalyst for recent selling.

Worries about trade tensions between the United States and China have also driven big swings for stocks, in both directions. At the start of this past week, stocks jumped on hopes that the two countries had brokered a truce. But those gains evaporated as investors grew confused about what the two sides had actually agreed upon.

“We started up sharply because we thought we had a deal with China and we ended at the lows for the day,” said Lindsey Bell, investment strategist at CFRA Research. “That tells me people are using days where we see some green to sell out of positions into the strength, and that’s pulling the market lower. The sentiment in the market is extremely negative.”

The current skid for stocks is the third big swoon for the markets this year. The first was a dramatic downturn in late January and early February, when the S&P 500 lost 10 percent in just nine days. That was followed by a less severe stumble in March.

But the middle of this year was placid, which raised hopes for a return to a smoother ride. Between late June and early October, the market didn’t rise or fall as much as 1 percent in a single day. That was similar to the scenario in 2017, when the market drifted gradually higher and finished up 19.4 percent.

Soaring corporate profits, fueled by sweeping corporate tax cuts, powered the market’s recovery this spring and summer. S&P 500 companies delivered second-quarter earnings growth of 25 percent, well ahead of forecasts. That helped send the S&P 500 to a new all-time high in September, erasing the losses from its correction in February.

But now doubts are emerging that a similar surge in earnings growth will rally markets out of their latest skid. S&P 500 companies delivered yet another blockbuster quarter of earnings growth for the third quarter, but the reports have not lifted stocks.

All the gyrations are yet another reminder to investors that the downside to owning stocks, which have had the best results over the long term, is that they’re risky and prone to sudden drops in price.

“We accept volatility as the cost of doing business,” Nixon said, “and we anticipate over time that we will be compensated for taking the extra risk.”