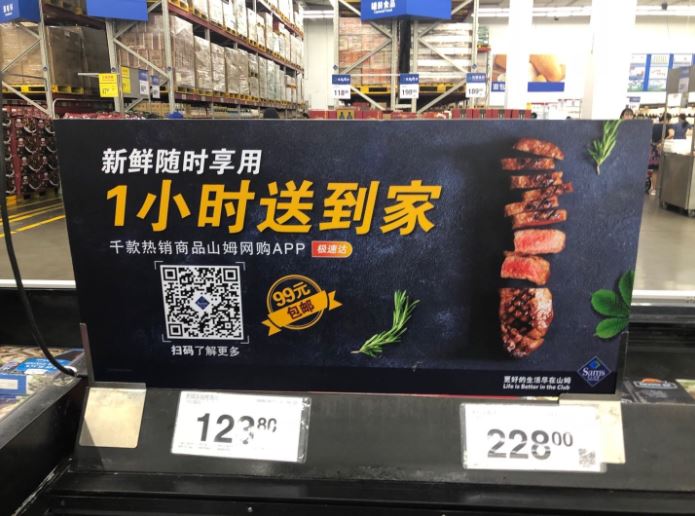 Since then the US retailer has expanded its footprint tremendously over the past two decades in China and now it's eyeing more market share.

"For 22 years, we have continued to grow in our business. Today, we have more than 400 stores and 21 Sam's clubs China across, in 180 cities and districts," Daniel Shih, senior vice president of Walmart China told CGTN.

Along with an explosive expansion the company has seen steady growth, Shih said the momentum has made China Walmart's one of the most important international markets.

"We saw our strongest performance just last year. Things have been good, and we are very committed to this market. China is an important market, the spending power, the market potential is phenomenal. It's been like that for the last many years. We see great upsides here."

Steven Zhou, the general manager in one of the best performing Walmart stores in Shenzhen, joined the company as early as it entered the Chinese market.

Steven has been a witness to all of these developments in the last 20 years.

He said Walmart has made great adjustments over the years to cater to Chinese shoppers' tastes.

"We explored the preferences and tastes of ordinary Chinese consumers, and then adjusted our SKUs (stock keeping unit) from 20,000 to 30,000. We even offer deep-fried dough sticks in the morning. In our store alone, we could sell 25,000 to 30,000 in one day."

Moreover, Walmart has not only etched a firm spot in China's retail sector but also maneuvered into China's burgeoning e-commerce market, the largest in the world.

In 2016, Walmart announced a strategic alliance with JD.com Inc., China's second-largest e-commerce firm. Daniel said the company has since created a new impetus.

"I think we have seen significant growth in our sales, as well as sales from channels, online to offline. Two years ago we invested $50 million in JD Daojia to form a strategic partnership with them. And we invested an additional $320 million to strengthening our collaboration. It's because we have seen great outcomes from those initiatives."

Li Yong, a senior fellow at the China Association of International Trade said: "China's continuous efforts in improving its business environment as it further opens up its markets will provide more vitality to foreign companies in China."

Shih told CGTN that as for Walmart, they are also excited to see the future of China's retail business.

"We plan to spend 300 million yuan (around $42 million) to remodel and renovate our stores. We plan to open another 30-40 retail outlets, including and covering all formats, hypermarkets, supermarkets, and Sam's Clubs."