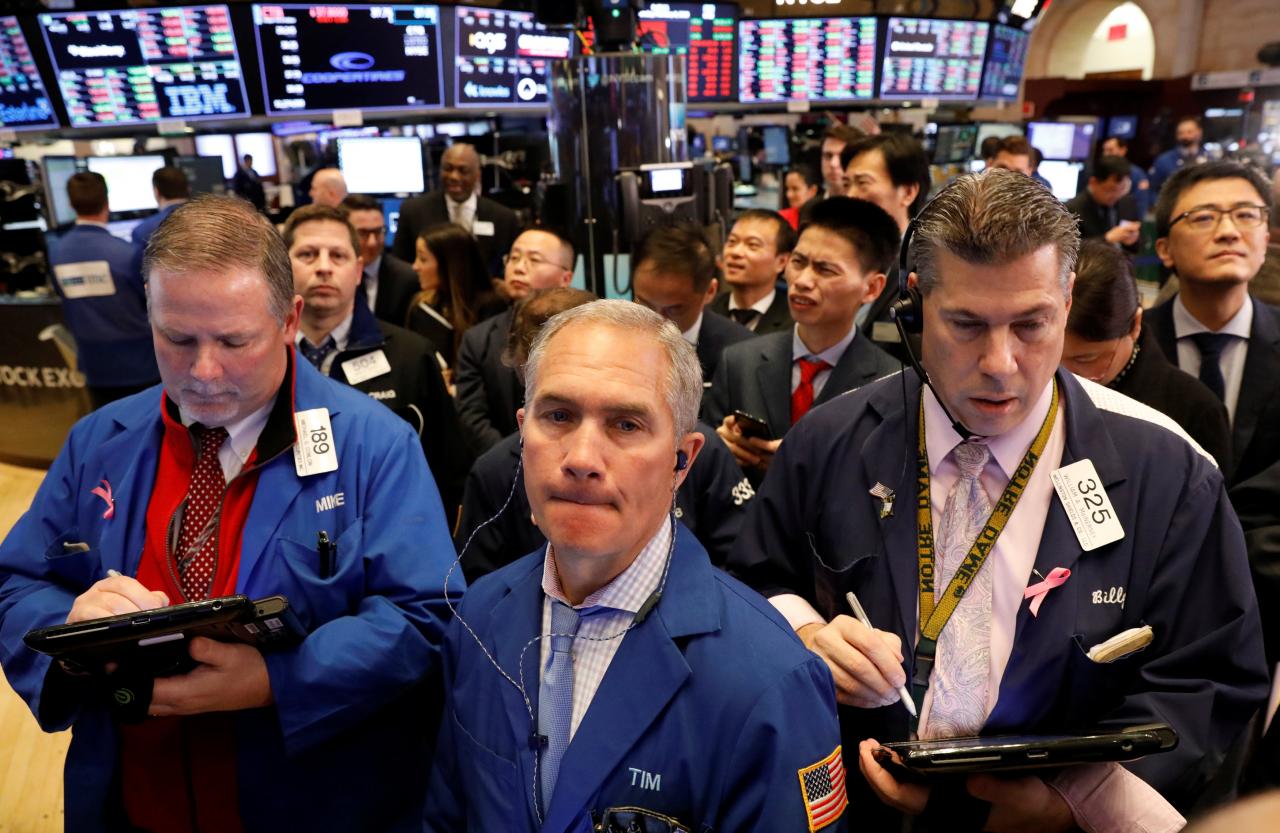 A steep fall in Walmart shares put the skids on the blue-chip Dow’s six-day winning streak, but gains in Amazon and technology stocks propped up the S&P 500 and the Nasdaq.

The world’s biggest brick-and-mortar retailer (WMT.N) reported a lower-than-expected profit and posted a sharp drop in online sales growth during the holiday period. Its shares slumped 9.4 percent, on track for their biggest intraday percentage fall in more than two years.

“The big thing is the miss by Walmart, driven largely by its online business, and that’s having investors scratching their heads,” said Kim Forrest, senior equity research analyst with Fort Pitt Capital Group in Pittsburgh.

“The assumption is that we’re all going to have one store and that is Amazon.”

The online retailer’s shares (AMZN.O) were up more than 2 percent.

“We had a really good last week and it is just a bit of a risk down today,” said Paul Norte, portfolio manager at Kings view Asset Management in Chicago.

The S&P 500 racked up its biggest weekly increase in five years last week, easing fears that a deeper market correction was taking hold after a handful of large daily losses at the start of February.

The spark for those declines was a rise in U.S. bond yields. The benchmark 10-year Treasury bond yields US1OYT=RJR were hovering at four-year highs of 2.9060 percent on Tuesday ahead of this week’s deluge of $258 billion of government debt supply.

Wall Street’s fear gauge, the CBOE volatility index .VIX, eased to a session low of 19.95, slightly above Friday’s close of 19.46, but way off the 50 points it hit during the market rout earlier this month.

The S&P technology index’s .SPLRCT 0.91 percent gain was the biggest among the 11 major S&P sectors. The index is up 6.5 percent so far this year and is the second biggest gainer after the consumer discretionary index .SPLRCD, which includes Amazon.