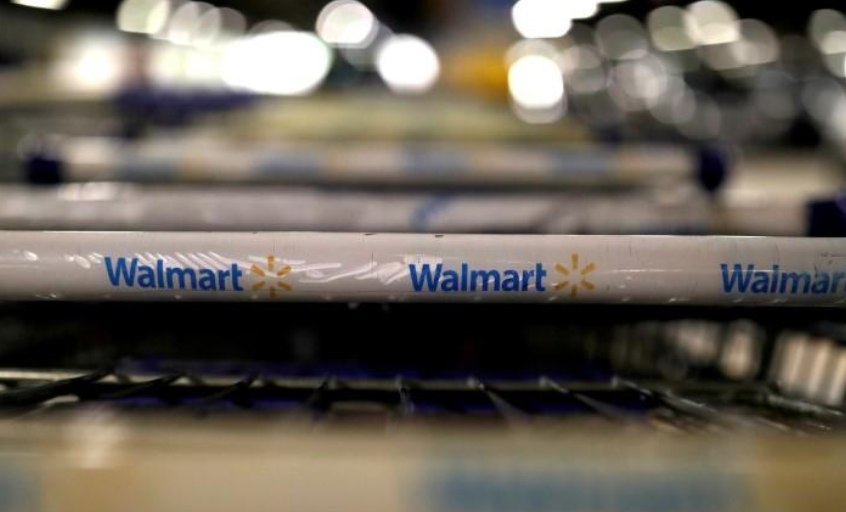 The logo of Walmart is seen on shopping trolleys at their store in Sao Paulo, Brazil February 14, 2018 (Photo: Reuters)

Walmart Inc said on Monday that it has sold an 80 percent stake in its Brazilian operations to private equity firm Advent International, exiting an underperforming business in its third major international deal since April.

The world’s biggest retailer has been looking to jumpstart its overseas business by retreating from lower-growth markets and investing in places like China and India. Brazil had for a decade been the focus of expansion but the unit stumbled in recent years as operational issues compounded the effects of a deep recession.

Walmart did not disclose the value of the transaction but said it would record a noncash charge of roughly $4.5 billion related to the deal in the second quarter. The retailer will retain the remaining 20 percent stake in Walmart Brazil.

Shares in Walmart rose more than 2 percent, with analysts saying the deal allows the company to focus on more promising markets.

Two people involved in the deal said that the charge is close to the value of the Brazilian unit on Walmart’s books, meaning the deal value was close to zero. The sources declined to specify the exact value of the deal and one of the sources said the final value of liabilities was not yet determined.

Walmart spokesman Randy Hargrove said the retailer will not receive payment for the unit but could receive up to $250 million from Advent based on the unit’s performance. Walmart does not disclose detailed financial statements for Brazil.

The Bentonville, Arkansas-based retailer is trying to catch up with competitors ranging from grocer Aldi Inc to Amazon.com Inc in key markets. Walmart’s underperforming international business made up less than one-quarter of total revenue of $500.3 billion in fiscal 2018.

Steven Roorda, portfolio manager with Minnesota-based Stonebridge Capital Advisors and holds Walmart shares, said the retailer has struggled outside North America and “CEO McMillon (is) picking markets that he thinks he can scale and win in.”

The move is credit positive as it allows Walmart to make investments in places that have more long-term potential, said Moody’s retail analyst Charlie O’Shea.

Walmart had been looking for buyers for its Brazilian business and sounded out possible investors last year but received no interest from rival retailers, according to a source.

Reuters had reported in January that Walmart was shopping its Brazilian unit to private equity firm Advent and others.

In March, Reuters reported that in the due diligence process potential buyers estimated Walmart owes up to $3 billion in back taxes to state governments in Brazil, potentially adding to pressure for a discount sale.

Walmart entered Brazil in 1995 and had grown into the country’s third-largest retailer following two major acquisitions in 2004 and 2005 and a period of rapid store expansion that came to a halt in 2013.

It operates 471 stores in Brazil, according to the company’s local website. The Brazilian unit reported sales of more than $25 billion Brazilian real ($6.68 billion) in 2017.

A source with knowledge of the deal said Walmart’s operations in Brazil had not improved over the last two years, which coincided with the country’s harshest recession in decades.

One of the sources, who requested anonymity because details of the transaction have not all been made public, said Advent is expected to invest mainly in the cash-and-carry business, where big box stores sell groceries and other staples in bulk quantities.

That format has soared in popularity during Brazil’s recent recession, with stores acting as a wholesaler but also attracting bargain-hunting consumers.

The deal includes a commitment from the buyout firm to invest in the business in coming years, the source said, giving Walmart potential upside from its remaining stake.

“We plan to invest in the business, work with the Walmart Brazil management team ... to create a more agile and modern company,” Patrice Etlin, a managing partner at Advent International in Brazil said in a statement.

The transaction is subject to regulatory approval, and the retailer expects it to close later this year.

A significant portion of the expected $4.5 billion net loss will be due to foreign currency translation losses, and the final loss could fluctuate significantly due to changes in forex rates up to the closing date, the retailer said.

The retailer expects no material impact to earnings per share in the current fiscal year and a slight positive impact next fiscal year.