The wealth tax proposed by US Senator Elizabeth Warren, a leading Democratic presidential candidate, wouldn't raise the revenue she claims and would slow economic growth, researchers at the University of Pennsylvania's Wharton School of Business said in a new report. 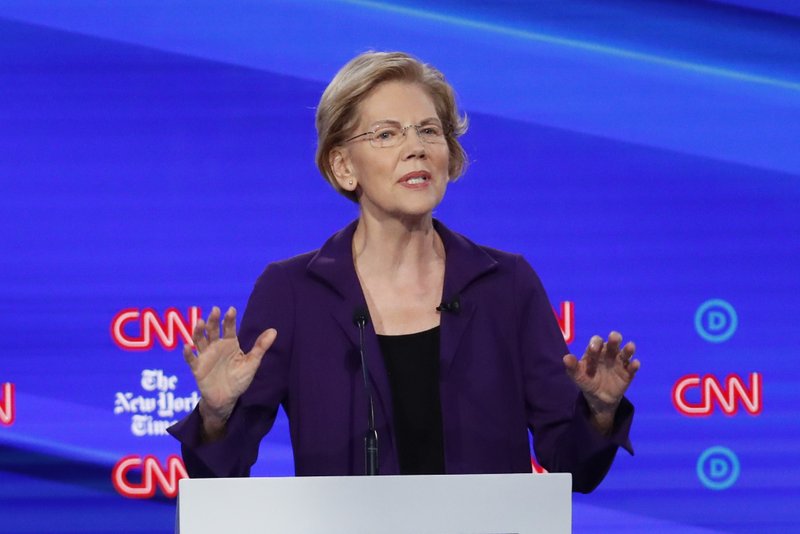 Warren's wealth tax would raise between $2.3 trillion and $2.7 trillion in additional revenue in 2021-30. Yet it would also reduce Gross National Product in 2050 by between 1 percent and 2 percent, depending on how the tax revenue is spent, Wharton researchers John Ricco, Zheli He and Jon Huntley said.

"Average hourly wages in the economy, including wages earned by households not directly subject to the wealth tax, are projected to fall between 0.8 and 2.3 percent due to the reduction in private capital formation," they said.

According to Warren's campaign website, the proposed tax would raise $3.75 trillion over 10 years. At the midpoint of that period, the senator overstates projected revenue by $1.25 trillion, the researchers said.

Warren's campaign didn't respond to a request from China Daily for comment, but a spokesman told Bloomberg News: "The analysis does not study Elizabeth's actual plans－it does not account for the strong anti-evasion measures in her wealth tax and does not even attempt to analyze the specific investments.... This is an analysis of a different and worse plan than Elizabeth's, using unsupportable assumptions about how the economy works, and its conclusions are meaningless."

The immediate impact of the proposed wealth tax is unclear. The superrich invest rather than letting huge sums languish in bank accounts. A wealth tax would almost certainly force Warren's "ultra millionaires" to sell assets each year to pay the tax. That probably would make the seller subject to capital gains or additional income taxes. The effect on investment in new companies and the next round of innovation is unknown, critics argue.

Moreover, the Wharton researchers said: "The effect is a larger aggregate avoidance response－and less revenue raised－relative to the Warren estimate."

There has never been a US federal tax on net worth. In 1990, 12 of the 36 countries belonging to Organization for Economic Cooperation and Development, or OECD, adopted a wealth tax.

An OECD review concluded that administrative difficulties, modest revenues, and failure to adequately address wealth inequality were main reasons why all but four nations have since abandoned the tax, the Wharton researchers said.