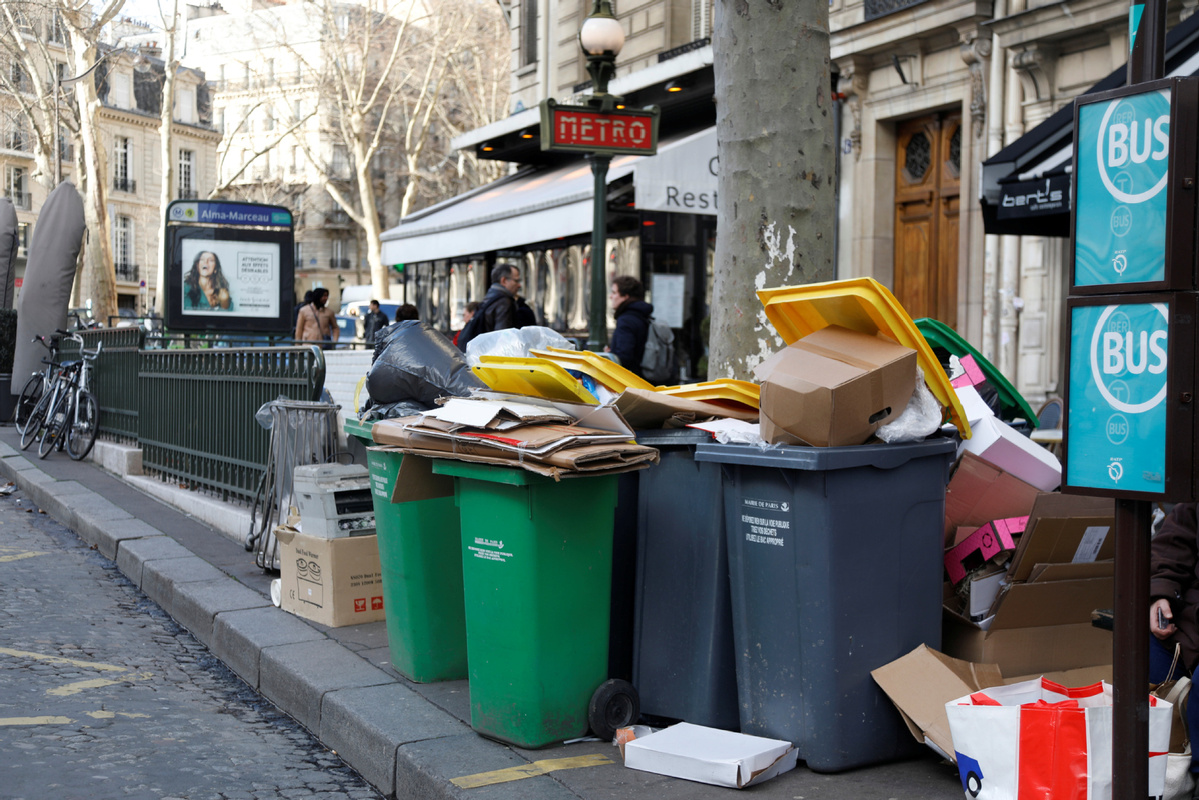 France's long-running nationwide strikes over pension reform have come to a partial end following the decision of the country's train drivers to return to work, but it now faces a new headache after the full effect of industrial action by waste disposal workers began to bite, especially in Paris.

The majority of the city's street cleaners are not on strike, but blockades outside six of the seven incineration plants that serve the Paris region mean that there is nowhere for rubbish to go, so the city's bins have been left unemptied for more than a week, causing major hygiene problems, and an increase in the city's rat population.

"It's the strike after strike after strike that makes it a bit... unlivable!" one resident of the city's fashionable 16th district told the AFP news agency. "And what's worrying is to see little rats running into the streets far more easily. It's an open bar!"

The Confederation Generale du Travail, or CGT union, reports that 60 percent of workers at the city's three biggest incineration sites are on strike.

Train drivers recently returned to work after 47 consecutive days of industrial action affecting trains and the Metro system around the French capital, causing major disruption for locals and the city's huge number of tourists.

The action was called in response to President Emmanuel Macron's attempts to reform the country's complex pension system, which currently has 42 different benefit schemes, with transport workers enjoying some of the best benefits.

Even members of the Paris Opera company took to the streets to protest against the proposed reforms, amid fears they will result in people having to work longer for reduced payouts.

Waste removal workers say they are entitled to an earlier retirement as their life expectancy is seven years less than that of the average French person.

The southern port city of Marseille has also been affected by the waste strike, with local authorities saying that 3,000 metric tons of garbage have accumulated across the city, as some local residents resort to disposing of their own rubbish onto the streets.

Images of dirty litter-strewn streets and overflowing waste bins have been shared widely on social media.

The government and unions are currently engaged in talks to try and find an alternative to the so-called "pivot age" of 64, until which it has been suggested people should work to gain a full pension. Prime Minister Edouard Philippe has said he would be willing to drop the proposal if the unions can come up with an alternative way of balancing the books, which as yet remains undiscovered.