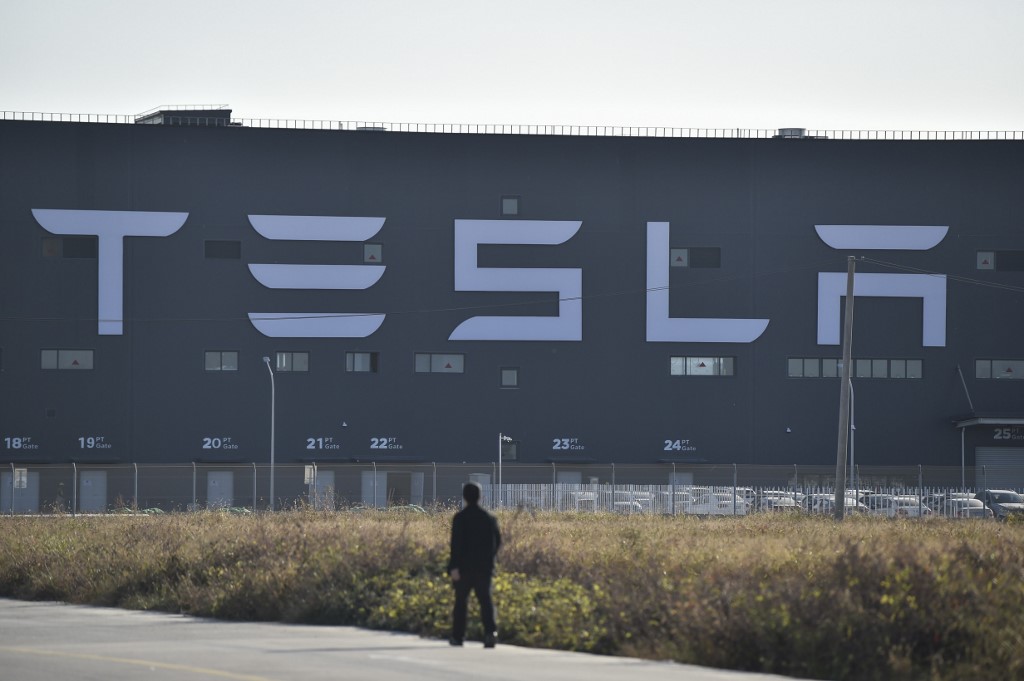 This file photo taken on November 08, 2019 shows a general view of the new Tesla factory built in Shanghai.

The contract for the 300-hectare plot in Grueneheide, east of Berlin, calls for a purchase price of 40.9 million euros ($45.5 million), although that figure could yet be revised and Tesla's board has yet to give its final OK.

Tesla chief Elon Musk aims to begin churning out the firm's Model Y SUV and Model 3 sedan as soon as 2021 in the German capital region, ultimately producing 500,000 cars per year.

The idiosyncratic billionaire will hope his project does not run into the delays that have kept the new Berlin-Brandenburg airport nearby shuttered for close to a decade after its originally scheduled opening date.

Like other states in Germany's former communist east, the region's economy still lags behind the more prosperous west.