The US economy likely slowed in the first quarter as growth in consumer spending braked sharply, but the setback is expected to be temporary against the backdrop of a tightening labor market and large fiscal stimulus. 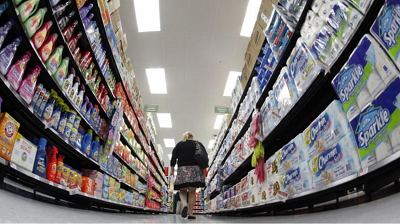 A shopper walks down an aisle in a newly opened Walmart Neighborhood Market in Chicago in this September 21, 2011 file photo. (File Photos: Reuters)

Gross domestic product probably increased at a 2.0 percent annual rate, according to a Reuters survey of economists, also held back by a moderation in business spending on equipment as well as a widening of the trade deficit and decline in investment in homebuilding.

Those factors likely offset an increase in inventories. The economy grew at a 2.9 percent pace in the fourth quarter. The government will publish its snapshot of first-quarter GDP on Friday at 8:30 a.m. (1230 GMT).

The anticipated tepid first-quarter growth will, however, probably not be a true reflection of the economy, despite the expected weakness in consumer spending. First-quarter GDP tends to be soft because of a seasonal quirk. The labor market is near full employment and both business and consumer confidence are strong.

“I would not lose sleep over first-quarter GDP, there is the residual seasonality issue,” said Ryan Sweet, a senior economist at Moody’s Analytics in West Chester, Pennsylvania. “Overall the economy is doing very well and will continue to do well this year and into 2019.”

Economists expect growth will accelerate in the second quarter as households start to feel the impact of the Trump administration’s $1.5 trillion income tax package on their paychecks. Lower corporate and individual tax rates as well as increased government spending will likely lift annual economic growth to the administration’s 3 percent target, despite the weak start to the year.

Federal Reserve officials are likely to shrug off weak first-quarter growth. The US central bank raised interest rates last month in a nod to the strong labor market and economy, and forecast at least two rate hikes this year.

Minutes of the March 20-21 meeting published earlier this month showed policymakers “expected that the first-quarter softness would be transitory,” citing “residual seasonality in the data, and more generally to strong economic fundamentals.”

Economists estimate that growth in consumer spending, which accounts for more than two-thirds of US economic activity, braked to below a 1.5 percent rate in the first quarter. That would be the slowest pace in nearly five years and follows the fourth quarter’s robust 4.0 percent growth rate. 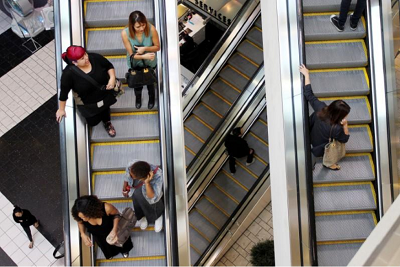 “Our new consumer survey found that 37 percent of consumers thought they didn’t get any extra income from the tax cut or did not know what to do with it,” said Michelle Meyer, head of US economics at Bank of America Merrill Lynch in New York.

“It is possible this means that there is a lag in the consumer response to tax cuts.”

“While we do not expect rising rates to crush equipment spending, a slowdown nevertheless appears in store,” said Sarah House, a senior economist at Wells Fargo Securities in Charlotte, North Carolina. “Higher interest rates will hurt at the margin.”

Investment in homebuilding is forecast to have declined in the first quarter after rebounding in the October-December period. Government spending probably contracted after two straight quarterly increases. Spending is, however, expected to rebound in the second quarter after the US Congress recently approved more government spending.

Trade was likely a drag on GDP growth for a second straight quarter after royalties and broadcast license fees related to the Winter Olympics boosted imports.

With consumer spending slowing, inventories probably accumulated in the first quarter. Inventory investment is expected to have contributed to GDP growth after subtracting 0.53 percentage point in the fourth quarter.