Inflation in the 19-country eurozone was stuck at a low annual rate of 1% in August, potentially bolstering the argument for the European Central Bank to provide more stimulus to the economy when it meets next month. 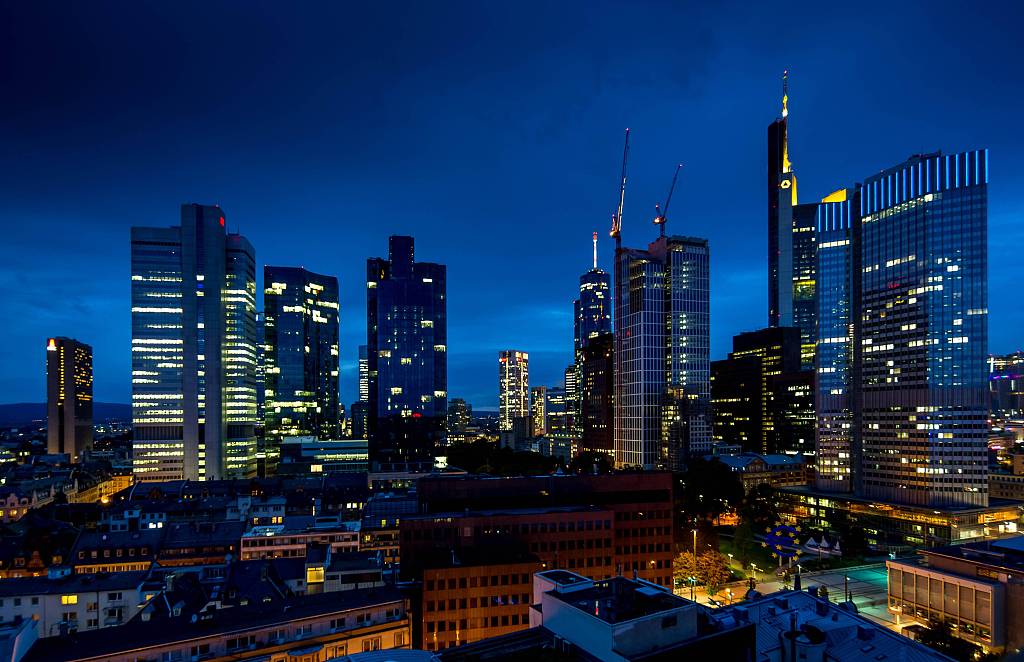 The banking district in background in Frankfurt, Germany (Photo: VCG)

Statistics agency Eurostat said Friday that the inflation rate was the same as in July,as energy prices were down from a year earlier and price gains for industrial goods and services remained subdued.

Weak price increases can be a sign of economic stagnation, and inflation is currently well below the ECB's goal of just under 2%.

The central bank is due to next meet on Sept. 12 and some analysts believe it will cut interest rates or even resume a bond-buying stimulus program in an attempt to boost lending and economic activity. The eurozone economy grew by a quarterly rate of only 0.2% in April-June, with Germany contracting.

In particular, the manufacturing sector and exports in key European economies are taking a heavy blow from uncertainty related to Brexit.

But other parts of the economy remain upbeat, such as the labor market, which has been improving consistently in recent months and years. Separate data released Friday shows that the eurozone's unemployment rate was at 7.5% in July, the same as in June. It has been falling consistently since 2013, when it was over 12% in the midst of the eurozone's debt crisis.

The labor market is particularly strong in Germany, where unemployment is just 3%, according to Eurostat. While Germany's economy shrank in the second quarter and could slide into recession, analysts say that the strong labor market should cushion the blow if the downturn is not protracted.

The European economy could take a heavier hit if Britain leaves the EU without a divorce deal on Oct. 31, causing widespread disorder and uncertainty for businesses and people. And also if the trade disputes heat up further — in particular if U.S. President Donald Trump imposes new tariffs on European cars.