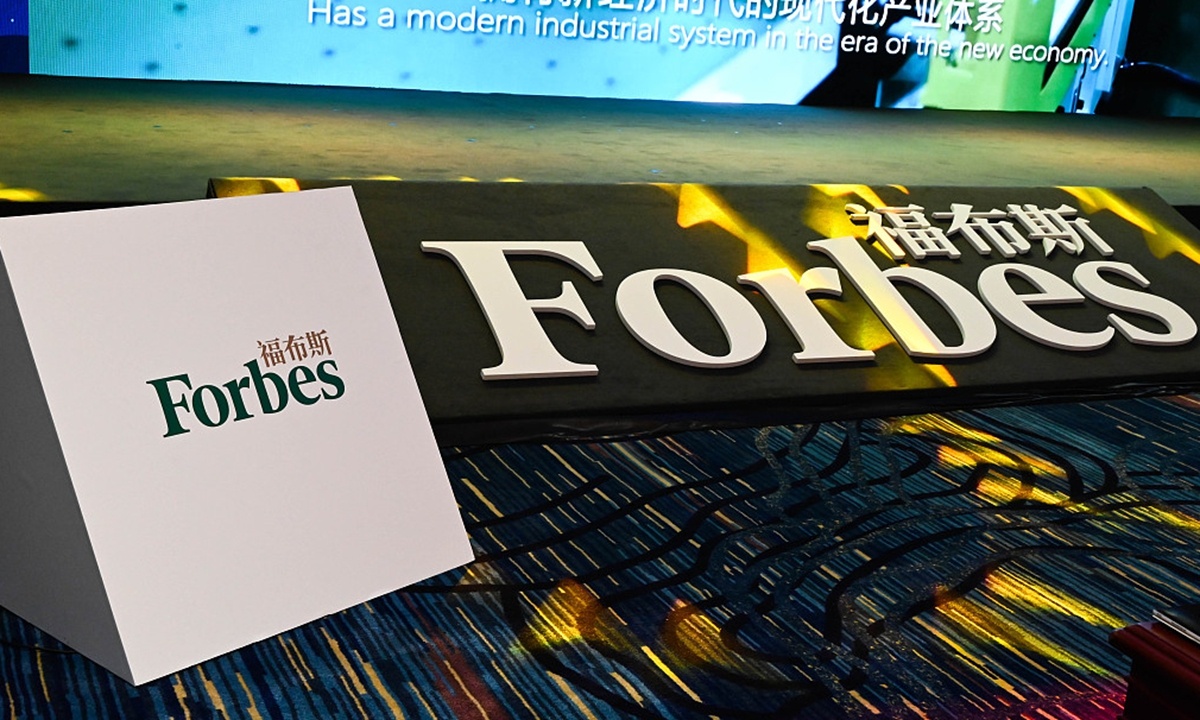 Ma tops the list with a net worth of 437.72 billion yuan ($65.65 billion), rising from 270.11 billion yuan last year. Pony Ma Huateng, founder of Tencent, who is worth 368.32 billion yuan, ranks the second. According to Forbes, this is the third consecutive year that Jack Ma has topped the list.

In the third place is Zhong Shanshan, chairman of Nongfu Spring, a bottled water company, which listed its shares in Hong Kong in early September 2020. Zhong's wealth jumped $51 billion to $53.9 billion this year.

Wealth of each individual on the top 10 list is higher than the previous year, according to Forbes.

According to Forbes statistics, 39 people qualified for the list mainly due to successful IPOs. In terms of industries, the pharmaceutical and technology industries rank first and second respectively.

As China's economy is picking up, the capital market has become increasingly active. Since the beginning of 2020, nearly 450 Chinese companies have been successfully listed on the five exchanges of Nasdaq and NYSE, Shanghai Stock Exchange, Shenzhen Stock Exchange, Hong Kong Stock Exchange, and the total market value is also higher than in previous years, according to Forbes.