Tencent WeChat's mini program push is likely to challenge Apple's business in the long term, experts and industry insiders said, as WeChat continues to improve the user experience of its mini programs via constant updates. 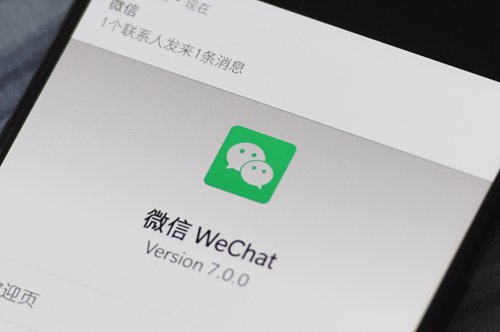 A few days ago, WeChat launched a new "desktop" for its mini programs in its newest update.

The new "desktop", which is similar to the Apple app store, allows users to browse their recently used mini programs and search for new mini programs.

With this new design, iPhone users can easily get access to the mini programs they need directly within the WeChat application, bypassing the traditional app stores.

Although starting later than Apple in the app business, WeChat is apparently growing at a faster speed than the latter. "WeChat's mini program push is very likely, to be frank, to pose a direct challenge to Apple's App Store system in the long term," Liu Peibin, CEO of internet firm Base Technology & Travel Co, told the Global Times on Monday.

He listed some flaws of Apple's iOS system from the perspective of an app developer. "The cost of marketing for an app in iOS is too high. If you want your product to have a prominent position in Apple's app ... the only way is to pay," Liu said.

In the WeChat app system, the distance between a certain app and its potential users can be a little shorter. "For example, the developer can cooperate with a WeChat public account writer to post the QR code of the mini program in the public account articles, and readers will get easy access to that program without having to search or download it from the Apple app store," he noted.

And, there's also the problem of cost. Apple's 30 percent commission on app downloads and in-app purchases is putting it in competition with WeChat, which charges no fees for such downloads, thus luring users to bypass the Apple system.

Fu Liang, an independent technology analyst, said that Apple's iOS system is quite "unfriendly" to Chinese app developers because of long approval times and higher charges, in contrast to the free Android system.

But because of Apple's gigantic user base, Apple is unlikely to have too much pressure now facing competition from WeChat or other app developers in the short term, Fu said.

"Currently, users tend not to obtain so-called 'tail applications', or apps that they only use once or several times, via Apple's app store.

But for apps that they will use on a frequent basis, they will still download them onto the mobile phone desk," Fu said.

In the longer term, he added, the overall environment will change for such apps, and there could be an industrial shake-up.

Apple will disclose the company's first-quarter fiscal revenue on Tuesday, according to media reports.