WeChat Pay to expand in Japan

Tencent Holdings Ltd is making its WeChat Pay more accessible for Chinese travelers in Japan through a tie-up with popular messaging app Line, a move that accelerates WeChat's overseas outreach. 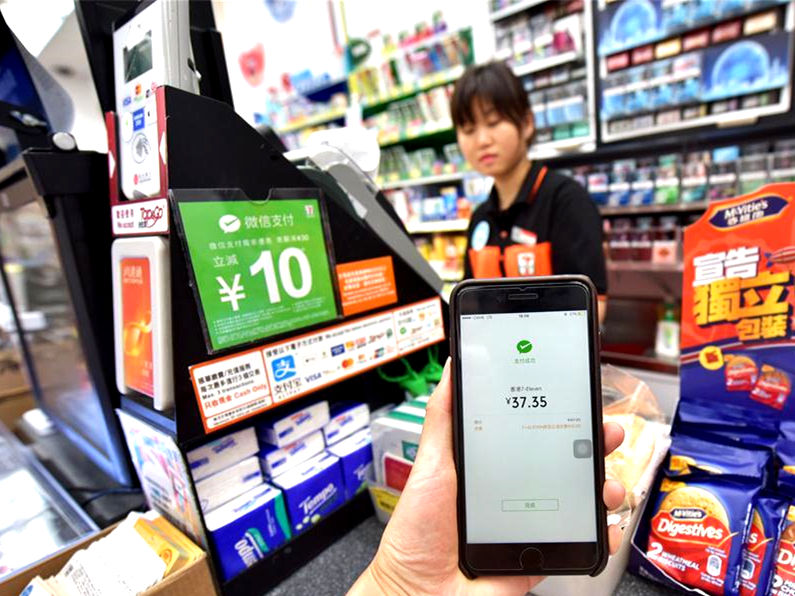 The cooperation, which was announced on Tuesday, will allow Japanese brick-and-mortar merchants with a Line Pay terminal to process WeChat Pay transactions directly without the inconvenience of currency swaps.

Tencent said in a news release that the partnership can help small and medium-sized local businesses adopt mobile payments at rather low costs because it omits the need to purchase extra QR code scanners.

The strategy is "in line with an upgraded demand from Chinese people to travel like locals, rather than serving Chinese people only at traditional tourism hotspots", said a WeChat Pay spokesperson.

After announcing their tie-up in Tokyo, Hisakuhi Nagafuku, COO of Line Pay, said: "There is almost no reason for Japanese stores not to introduce Line Pay right now," adding that his company will move from domestic payment service to become the No 1 company for inbound payment.

The Chinese tech giant did not disclose how many new access points it is expected to gain as a result of the partnership. But it said that WeChat Pay, which entered Japan two years ago, had registered a six-fold increase in the number of transactions between June 2017 and 2018.

The partnership also ramps up competition between WeChat Pay and Alipay, an application introduced by Alibaba Group Holding, as the two attempt to boost their market share outside China. Alipay recently announced a partnership with Yahoo Japan and Softbank Group Corp to offer payments services.