From Feb. 15 to Feb. 20, more than 768 million people participated in sending and receiving hongbao, or red packets, an increase of 10 percent year-on-year, according to a statement released by WeChat on Feb. 21. 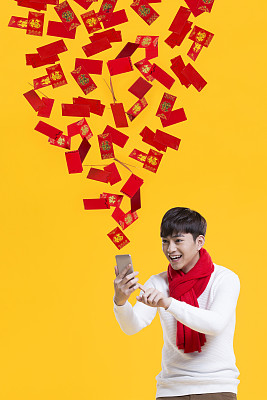 Users from Guangdong, Shandong and Jiangsu provinces led the country in grabbing the largest number of red packets. The most generous user this year was a man from Chongqing Municipality, who sent out 2,723 red packets in just six days. A man from Nanchang, capital of east China's Jiangxi province, was one of the luckiest people during the Chinese New Year receiving a total of 3,429 red packets.

Hong Kong topped the shopping destination choices for Chinese outbound tourists, with Thailand and Japan in second and third places, respectively. Consumers from the post-1990s generation made up the largest portion in terms of overseas spending, according to WeChat. 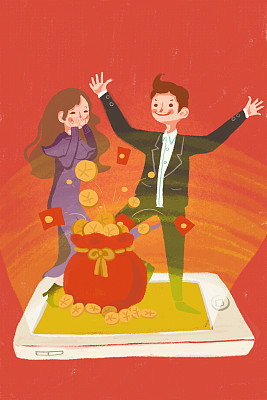 In the domestic market during the New Year holiday, users spend most in retail sector, restaurant and traveling, according to WeChat.

During the six-day holiday period, a total of 229.7 billion messages were sent on WeChat and 2.8 billion posts made on WeChat Moments. The use of video and audio calls reached 17.5 billion minutes.

During the holiday, the highest number of simultaneous online users for mini games reached 28 million per hour. WeChat users in total walked 6.43 trillion steps during the holiday.