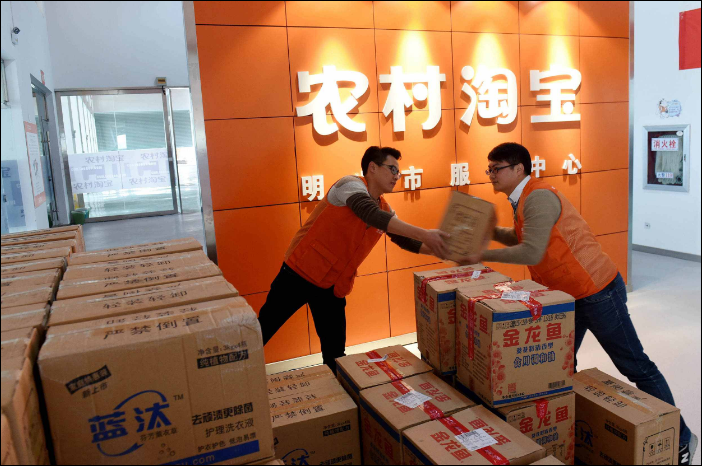 The future of e-commerce in China will increasingly occur in rural, inland regions where there is still tremendous room for growth, Ziyang Fan, head of digital trade of the World Economic Forum (WEF) told CGTN in an exclusive interview at the Summer Davos in Tianjin.

“There are tremendous opportunities for e-commerce growth in rural and inland regions of China,” Fan told CGTN. Because “about 50 percent of China's population still live in the countryside, and a lot of them are living in west, inland China.”

“There are three ways I can see the e-commerce growth in the countryside,” said Fan. “There are typically three bottlenecks for e-commerce [in rural China], access to the Internet, payment, logistics,” he said.

Fan explained that the Chinese government has done a lot in Internet infrastructure construction, while Chinese companies are scaling up rural-focused platforms, like Alibaba's “Rural Taobao”.

He added that logistics companies are also planning for drone delivery. For example, JD has announced plans to build 185 drone airports in southwest China for delivery of packages.

Fan also talked about digital influence that can boost e-commerce growth in countryside. “Why not we have e-commerce Zhao Benshan?” Fan said. Zhao Benshan is a famous Chinese comedian. “So he can talk about what best type of tractors or fertilizers to buy.”

The third way for growth lies in digital trade in services, education or medicine. “If you are in the countryside and you don't have a hospital, you have mobile phone where you can interact with doctors in the city,” Fan told CGTN.

China leads in e-commerce worldwide as over 40 percent of the global e-commerce transactions currently take place in China alone, significantly up from only one percent about a decade ago, according to Fan.

As technologies move so fast and regulations move so slow, “the biggest challenges are our daily regulation by policies and laws,” Fan stressed.

China passed its first e-commerce law in late August, which is a milestone in regulating e-commerce infrastructure. “E-commerce has made progress in transparency, protection of consumer rights and intellectual property,” Fan told CGTN.