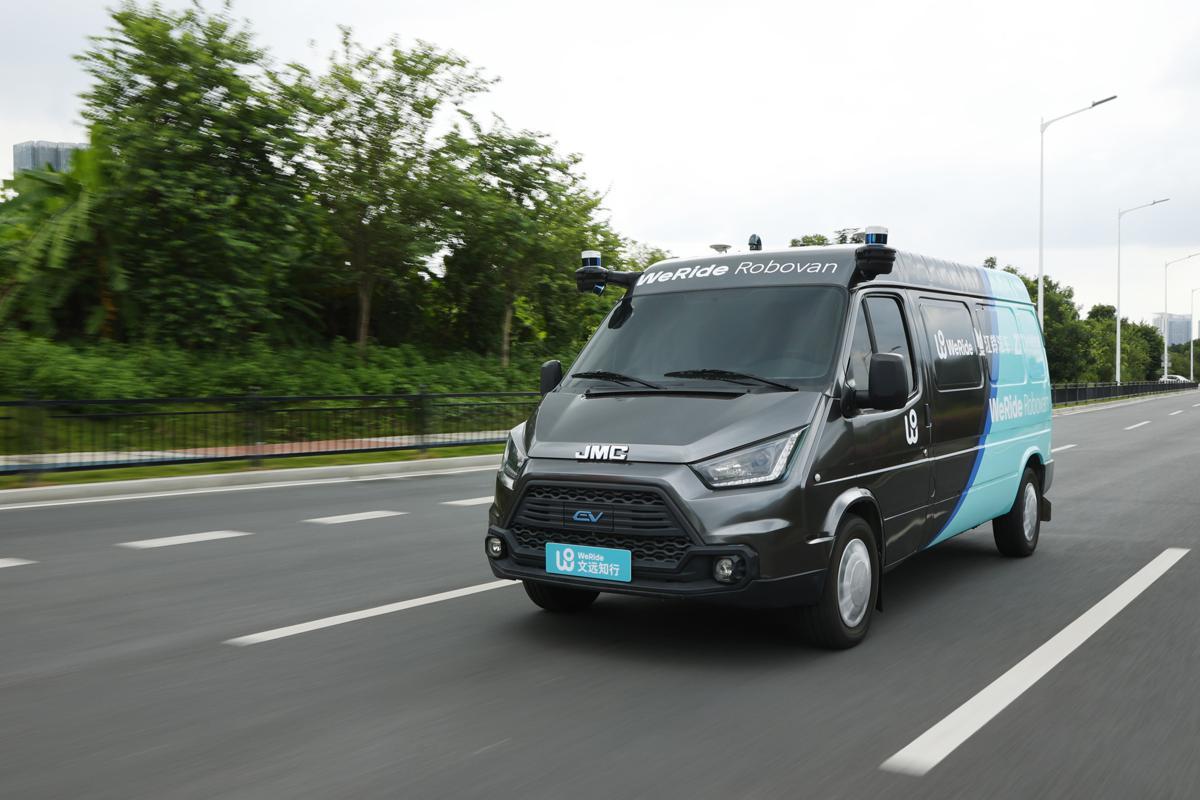 The company will work with Jiangling Motors, a major Chinese automobile manufacturer, and ZTO Express, a leading express delivery company in China, to drive mass production and the commercialization of the newly unveiled WeRide Robovan.

"With the introduction of Robovan, we have heralded a new era of autonomous driving for urban logistics in the country. By teaming up with two key players in the sector, Jiangling Motors and ZTO Express, we continue to uphold the triangle model of collaborating, an approach which WeRide has adopted since we developed passenger vehicles. We are aiming to deliver both smart mobility and smart logistics for cities in the future," said Tony Han, WeRide's founder and CEO.

Robovan is the company's third innovative product, in addition to Robotaxi and Mini Robobus. Robovan's design is based on Jiangling's battery electric vehicle model with a fully redundant vehicle platform and WeRide's full-stack software and hardware solutions. It will offer all-weather, round-the-clock service on urban roads with leading L4-level autonomous driving technologies.

"This partnership will allow all parties to leverage each other's strengths. WeRide Robovan, one of the many achievements of this special trilateral partnership, will redefine urban logistics and inject new impetus into the industry," according to Jin Wenhui , executive vice-president of JMC.

Jin Renqun, vice-president of ZTO Express, said: "ZTO Express has been following the application of self-driving technology in urban logistics. By drawing on our strengths in hardware and software through this cooperation, we will jointly explore a new model for smart logistics and develop an integrated autonomous driving solution for urban logistics."