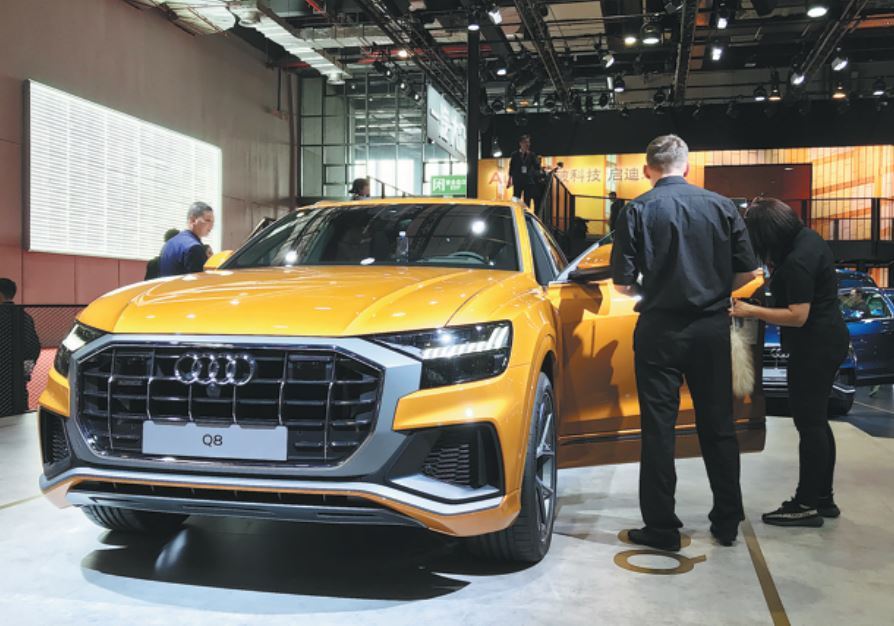 Volkswagen Group veteran Werner Eichhorn is scheduled to take over as president of Audi China starting April 1, becoming the third top executive in 20 months to take the helm of the marque's operations in its largest market.

He is the successor of Gaby-Luise Wuest, who has been in charge of Audi's activities in China since August 2019. Prior to Wuest was Thomas Owsianski, who took the job in August 2018.

Eichhorn, 57, has been with the Volkswagen Group since 1982 and has held various senior management positions at brands in the group including Audi, Volkswagen and Skoda. Most recently, he was responsible for Volkswagen's marketing, sales and aftersales in America.

One of the most important reasons that he has been picked for the job is widely believed to be his work experience from 2005 to 2008 as the head of FAW-Volkswagen's Audi sales division. The division sells Audi vehicles imported and locally produced by FAW-Volkswagen in China. Eichhorn, as the first head of the division, led it to high levels of success for Audi in the country.

Analysts say that one of Eichhorn's primary tasks as president of Audi China will be leveraging his experience to push forward the deal the German brand signed in 2016 with SAIC Motor to produce and sell cars.

The deal, however, was met with fierce competition from existing dealerships at FAW-Volkswagen Audi, who are worried that the would-be SAIC-Audi company could set up another sales network and affect their business.

In January, a senior executive at Audi China said the deal is going forward as scheduled, but did not offer details. Boosting car sales will be another task high on Echihorn's agenda. Audi has seen steady growth in previous years, but it lost the title of China's best-selling premium brand to Mercedes-Benz in 2019.

"Werner Eichhorn is an accomplished sales expert with extensive experience in China," said Arno Antlitz, an Audi board member responsible for finance and legal affairs in China. "We are delighted that with his many years of expertise, he will continue the success of Audi China in the new decade."

Audi also spoke highly of Wuest's job as the top executive in China, noting that she made relevant processes and structures more efficient in the country and in Audi's headquarters in Ingolstadt, Germany.

Under the premise of qualitative growth, Wuest implemented a rapid model initiative in China together with FAW-Volkswagen, the company said.

Wuest also helped to achieve an important milestone in Audi's electrification campaign in China. Last year, the brand launched the Q2L e-tron, Audi's first China-made electric car, and the Audi e-tron, which will be made in China this year.

"We are very grateful to Gaby-Luise Wuest for her commitment," Antlitz said. "Her work has set an important course for our future in China."

Leaving China, Wuest is preparing to take over a new management position at the Volkswagen brand in Germany. Before joining the Volkswagen Group in 2018, she worked at other carmakers including BMW, Nissan and its premium arm Infiniti.