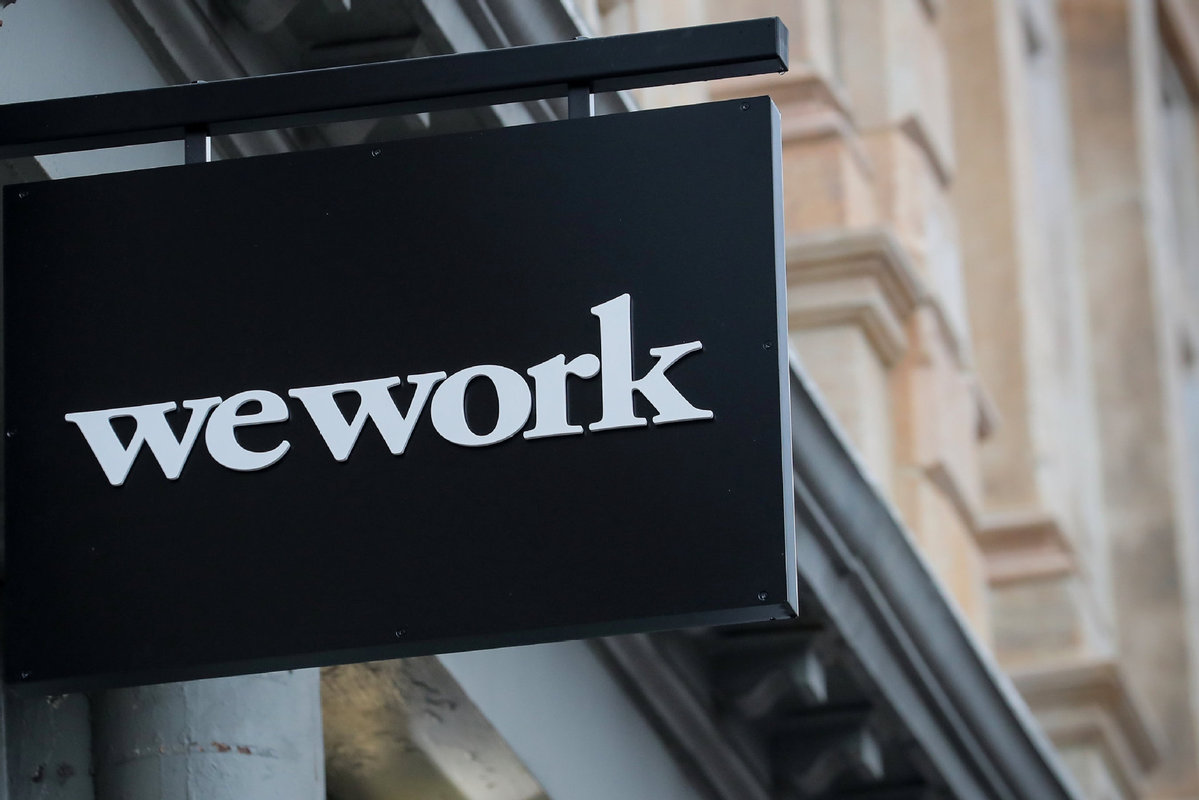 The WeWork logo is displayed outside of a co-working space in New York City, the United States, Jan 8, 2019. (Photo: China Daily)

WeWork's Xi'an project is set to open next Monday to support local government efforts in building an innovation-driven city.

It is the first project the US-based co-working company will launch in the city of Xi'an, showing the company's ambition to expand outside China's first-tier cities.

It is also the company's first partnership in China with the local government of Qujiang New District in Xi'an.

"Our partnership with the Xi'an Qujiang New District government through the asset-light model is a notable milestone for WeWork's sustainable growth in China," said Christian Lee, vice-chairman, WeWork Asia.

"Qujiang New District is one of the key engines in boosting Xi'an's progression towards an 'international metropolis' that integrates both historical sites and modern innovation vigor," said Yao Lijun, director of the Qujiang New District management committee.

"We welcome WeWork to participate in the development of the Qujiang New District by bringing in its unique community culture and global network to the area through a flexible business cooperation approach.

Quan Bin, general manager of the north region of WeWork China, said the partnership with the Qujiang New District government will help the company navigate through the North China market and benefit businesses of all sizes in the region with a dynamic community.

It is not the first time the co-working brand has won favor from government officials. Quan said while working with local governments while opening in new locations, the company has seen that co-working spaces have become popular with government workers.

"We connect government and companies and build a bridge between them, and that is why government members chose us," Quan said.

Shen Hai, deputy director of Beijing's liaison office for capital and intelligence investment in Jiangbei district, Ningbo, was one of the first government representatives to rent a place in WeWork's Beijing location.

"When you enter my office, you will see the Party's flag hanging on the wall and everything, it is obviously a government office," said Shen. "But when you step out of the door, I can feel the vigor of enterprises. If you ask how can we better promote investment and attract business to Ningbo, I would say, firstly, you need to make companies feel that the government is there with them (geographically)."

As a city that has been actively looking for investment, talent and innovative business, Shen said co-working spaces hold great potential.