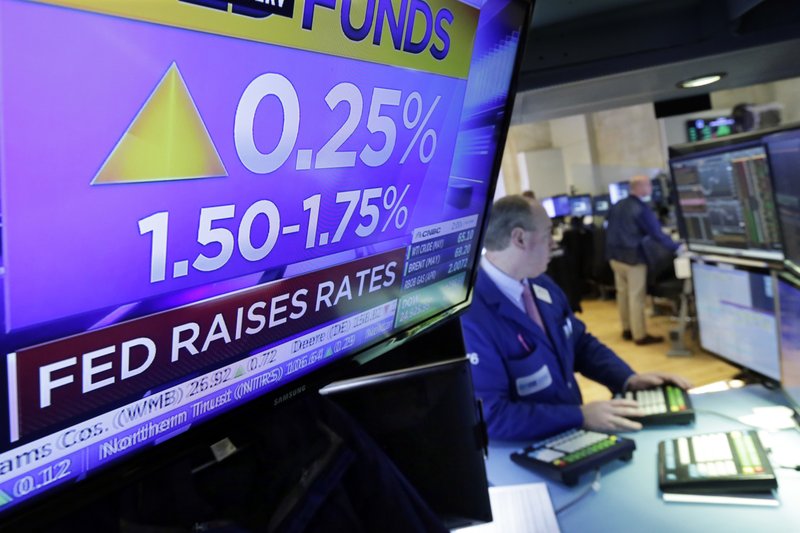 Interest rates are charging higher, and that can be a good or bad thing depending on whether you’re saving or borrowing.

For savers, it’s a long-awaited win. After years of making virtually nothing on their money market accounts and certificates of deposit, savers are finally getting closer to keeping up with inflation. Investors are also getting rewarded with higher interest payments for buying newly issued bonds.

For borrowers, though, the math is getting tougher. Loans for a car or house are getting more expensive, and interest rates for credit-card purchases are the highest since 2010.

It costs more to borrow money for a car and charge items on your credit card.

All the increases are a result of higher yields for Treasury notes and bonds. Short-term Treasury yields have been climbing because of the Federal Reserve, which has raised overnight rates six times since late 2015. Longer-term Treasury yields have been slower to rise, but they’ve accelerated in recent months. Buy a 10-year Treasury today, and you’ll get more than 3 percent in annual interest, the highest amount since 2011.

Mortgage rates track the yield on the 10-year Treasury. The rates are still low by historical standards.

Of course, rates remain low by historical standards, and mortgages still look ridiculously cheap compared with where they were several decades ago. The average 30-year fixed mortgage is at 4.61 percent, for example. It was more than 18 percent in 1980.

Meanwhile, the average rate on a one-year CD for savers with less than $100,000 is just under 0.4 percent. It was more than triple that nine years ago.

But that’s better than the 0.2 percent it was crawling at for years. Plus, the best CD rates available at online outfits can top 2 percent. The highest rates for five-year CDs are above 2.5 percent, which is the current rate of inflation, as measured by the consumer price index, including food and energy.

Most economists expect interest rates to climb still higher. The economy continues to grow, and higher oil prices are helping to push up inflation. That should keep the Federal Reserve on track for further rate increases: The typical voter on the Fed’s rate-setting committee says the federal funds rate could rise to 2.9 percent next year, up from a range of 1.50 percent to 1.75 percent today.