BUSINESS What's next after Fed's rate hike this week?

What's next after Fed's rate hike this week? 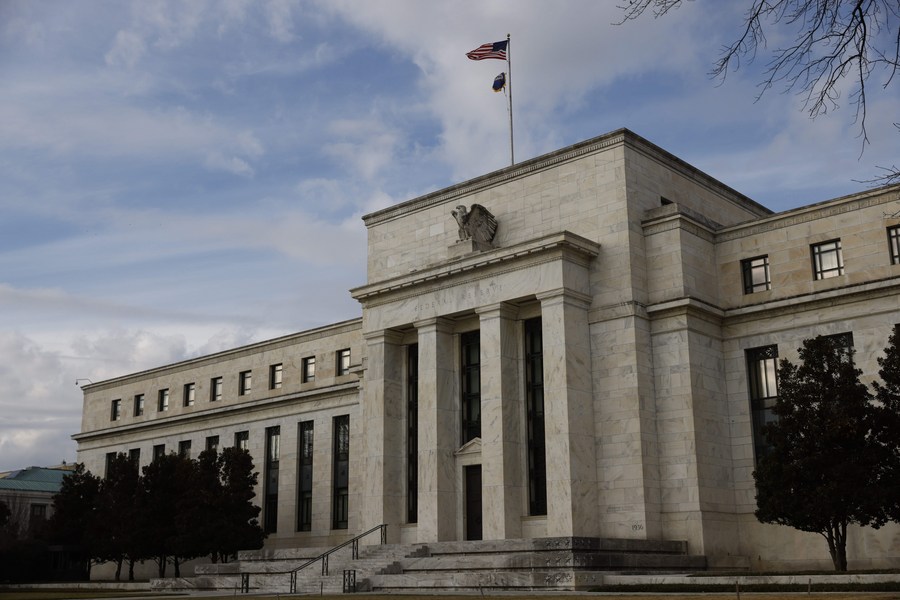 WASHINGTON, July 27 (Xinhua) -- The U.S. Federal Reserve is expected to implement another rate hike on Wednesday, but it remains unclear what actions the central bank will take after that, over the next few months.

The Fed is expected to raise its benchmark interest rate on Wednesday, and all eyes will be on Fed Chair Jerome Powell to see whether he'll again boost rates at the September meeting.

The central bank is likely to increase rates by 0.75 percentage point at Wednesday's meeting, in a bid to control the worst inflation in 40 years.

While more rate hikes are expected at a later date, the Fed head may not spell out exactly how large they will be, some experts said.

Desmond Lachman, senior fellow at the American Enterprise Institute, told Xinhua that after Wednesday's meeting, the Fed is most likely to remain committed to reducing the size of its balance sheet by 95 billion U.S. dollars a month beginning in September.

"My expectation is that before the end of the year, when the Fed sees that its policies are producing a hard economic landing and a further financial market slump, the Fed will make a U-turn by slowing the pace of both its interest rate increases and its reduction in the size of its balance sheet," Lachman said.

Dean Baker, senior economist at the Center for Economic and Policy Research, told Xinhua the real question is whether the Fed commits itself to further rate hikes or whether the central bank switches to a wait-and-see approach.

"The former will be bad news, could send long rates much higher and really slow growth. The latter will likely leave room for further declines in long rates and allow the economy to keep growing through this year and next," Baker said.

In a report earlier this month, major investment bank Goldman Sachs wrote: "We expect that Fed officials will want to keep their options open and will avoid any strong guidance."

Meanwhile, U.S. consumer confidence dropped this month to the lowest level since February 2021, on concerns of the economy amid ongoing inflation.

The Conference Board's index declined for the third month in a row to 95.7, from June's downwardly revised 98.4 reading, according to data published Tuesday.

Meanwhile, economists are worried about the global economy outlook. In a report released Tuesday, the International Monetary Fund lowered its forecast for the world economy.

The IMF now predicts the global economy will grow 3.2 percent this year, down from 6.1 percent last year.

Analysts said this is likely to impact Democrats in November's midterms, and some are predicting a nationwide Republican wave.

Brookings Institution Senior Fellow Darrell West told Xinhua if inflation comes down, as is happening with gas prices, that would be a substantial help to Democrats.

It would reduce their likely House losses and keep them competitive in the Senate, West said.

"Nothing about the economy, apart from the strong job market, has potential to help Democrats," Ramsay said.