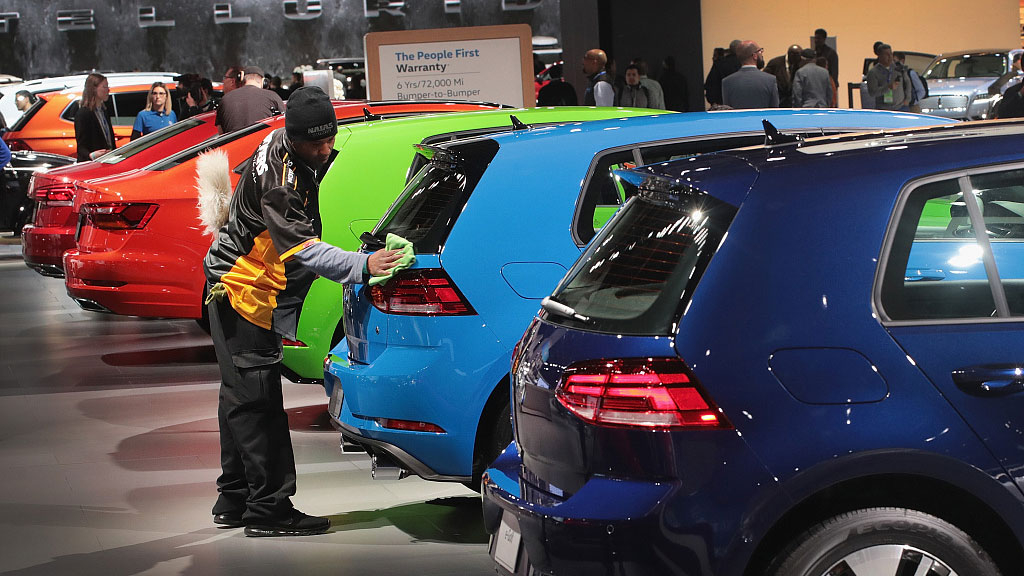 But it's definitely not a high time for Detroit.

A lot of well-known automakers are skipping the show's birthday party, including Volvo, Mini, Maserati, Mercedes-Benz and many more.

It's a long absence list that we can't ignore.

Why is it happening?

Car shows used to be a huge thing. New car revealings, showgirls, cool technologies, world-famous brands, cameramen, government officials...all those elements gather in one place and stage a show in a stunning manner.

It was one of the most effective ways for an automaker to let the world know what they just built. So they have to pay close attention – maybe also a big amount of money – to make sure the customers hear them well.

But things are changing.

When CGTN covered this year's Detroit show (and all the car shows in China in 2018), we knew what every company was going to reveal in the first place. We did all the homework online so we wouldn't miss filming anything. We got to the show with a full list of bookmarks in our phones and checked them off one by one.

It's almost certain that the potential buyers browsed the same webpages. They went to the show not to get surprised, but to get their hands on the real vehicles after they saw the photos online.

The Internet has changed a lot of things.

Similar changes can also be seen in other consumer technologies. Take smartphones as a quick example. A decade ago, you would choose your phone in a store. Now you have your target phone in mind before you step in, or maybe just skip everything and get one from an online store.

Now you can buy cars online, too. Tesla is one of the leaders on this and their business seems to be fine.

The point is, the way automakers talk with their customers is slowly changing and car shows are not that ideal anymore.

What to do next?

On its website, the Detroit auto show announced that next year's event will be held in June instead of January.

Why did they change the time? Many say the main reason is to avoid overlapping with the Consumer Electronics Show (CES).

CES seems to be a much bigger fest and the Detroit show has to shy away from the Vegas star.

It's also worth noting that many automakers today are trying hard to mount many gadgets into cars. While we are all complaining about the bluetooth in our cars, "Apple CarPlay vs Android Auto" has become a major warfare.

New electronic vehicles are being mocked as "a big tablet sold with a car."

Car brands are telling us stories about our future life – tweaking gadgets while the car drives itself.

Maybe it's time for automakers to start looking at their products like gadgets? And car show organizers to make them more smart?

We hope when we enter the hall of Detroit auto show next June, there are some impacting surprises awaiting us.