BUSINESS What to expect from China's first consumer products expo

What to expect from China's first consumer products expo

HAIKOU, May 5 (Xinhua) -- The first China International Consumer Products Expo is scheduled for May 7-10 in Haikou, capital of south China's Hainan Province.

The event will be the first international expo to be held in Hainan since China released a master plan last June to build the island province into a globally influential and high-level free trade port by the middle of the century.

It is also the first-ever expo focusing on consumer products organized by the world's second largest economy. It is expected to showcase the country's consumption power, facilitate the construction of the free trade port and contribute to the establishment of the new development paradigm of dual circulation. 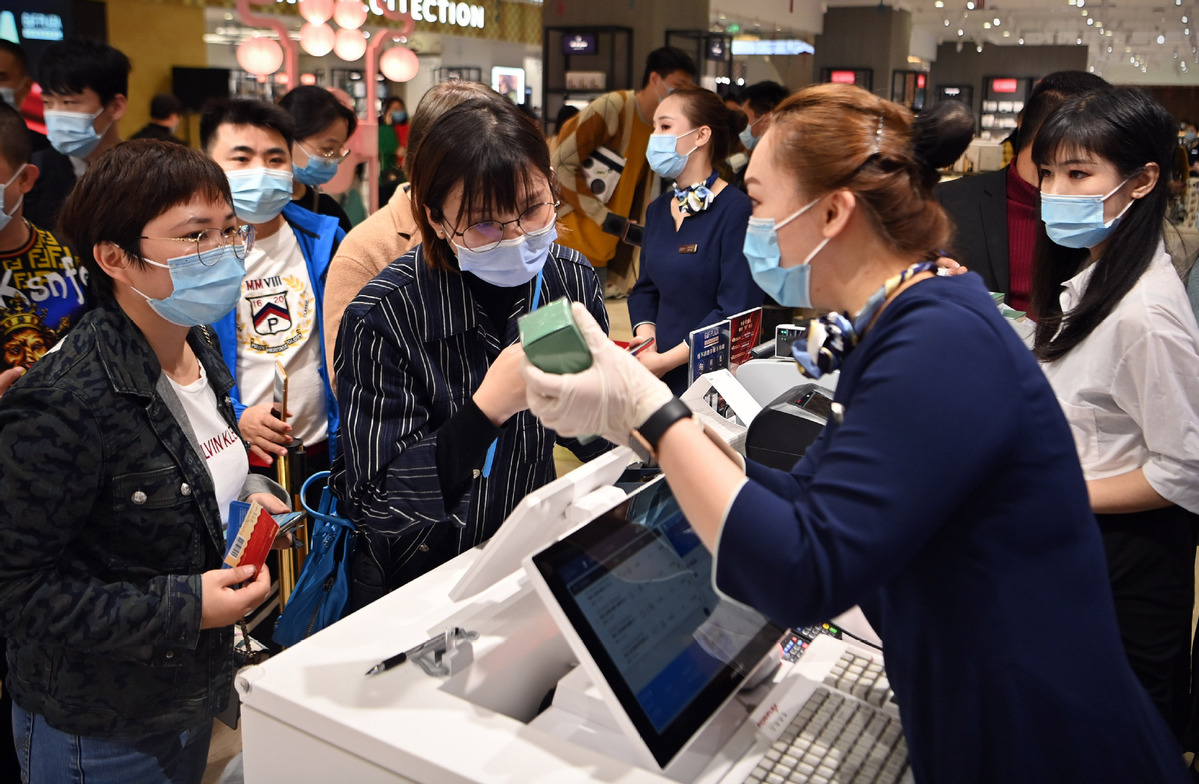 More than 1,300 global brands from 69 countries and regions and over 1,200 domestic labels will participate in the expo, which is expected to attract more than 20,000 purchasers and 200,000 visitors, organizers said.

Co-hosted by China's commerce ministry and the Hainan provincial government, the expo will cover a total area of 80,000 square meters, including 60,000 square meters of international exhibition space featuring products including cosmetics, automobiles, yachts, and garments.

A total of 650 international enterprises and over 800 domestic companies will take part in the expo.

A series of new products will debut at the event.

The country has unveiled import-duty exemptions within specified limits for foreign goods sold at the expo, and purchases at the event will not affect one's annual offshore tax-free shopping quota of 100,000 yuan (about 15,462 U.S. dollars).

China's dual circulation development paradigm, in which domestic and overseas markets reinforce each other, with the domestic market as the mainstay, is expected to be another hot topic during the expo.

Holding the expo is a practical move to serve the establishment of the new paradigm, said Wang Bingnan, vice minister of commerce.

With a population of over 1.4 billion and more than 400 million middle-income residents, China has become the world's most promising consumer market.

Thanks to the steady increase in people's disposable income, Chinese demand for quality consumer goods and services from abroad has been soaring in recent years.

In 2020, despite the impact due to the pandemic, China's imports of consumer products rose 8.2 percent year on year to 1.57 trillion yuan, 8.9 percentage points higher than the expansion of the import sector.

As the broader economy continues to recover on a firm footing, China's retail sales of consumer goods, a major indicator of consumption strength, picked up further. Official data showed that retail sales increased 33.9 percent year on year to 10.5 trillion yuan in the first quarter of the year.

The expo will pool high-quality consumer products from home and abroad as well as global buyers and sellers, becoming a bridge for the international and domestic markets, according to Wang.

The expo was first proposed in the master plan on building the Hainan free trade port issued by China's central authorities on June 1, 2020.

The central government has also included a blueprint in the plan for the tropical resort province to strive to build itself into an international tourism and consumption center.

The holding of the expo is a concrete measure to build Hainan into an international tourism and consumption center and will play a significant role in boosting the construction of the Hainan free trade port, Wang said.

China has long been committed to opening the domestic market and contributing to the global economy. Facing an increasingly complex and uncertain world, China's pace of opening up was not hampered, but accelerated.

In early April, the country issued a guideline to support easing market access in the Hainan free trade port, which further detailed measures to innovate market access in the pharmaceutical and health sectors, optimize financial market entries and development environment, and promote wider entries in the fields of culture and education.

Market access in the cultural relics sector will be widened, and Hainan will be supported to develop the industries of cultural performances and online gaming.

Efforts will also be made to widen access in the field of education and entry into civil aviation, sports and seeds markets in Hainan will also be eased, according to the guideline.

The majority of participants of the expo are foreign-funded firms and overseas brands, which once again reveals China's firm commitment to promoting high-level opening-up as well as foreign-funded firms' upbeat outlook on the China market, Wang said.