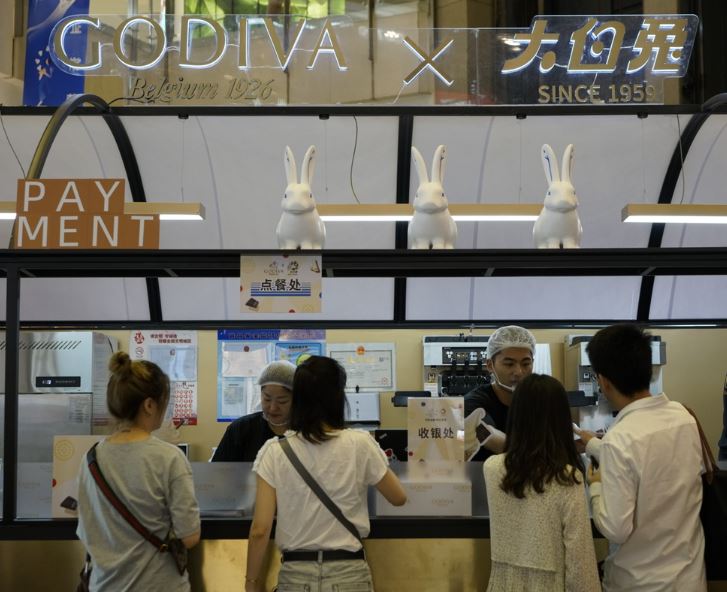 The store offers two flavors of ice creams, which have been much anticipated since March when a US food company launched White Rabbit-flavored ice cream as a Chinese New Year special for Asian-Americans. The product was a major success.

The Godiva-White Rabbit pop-up store, which opened at Raffles City near Shanghai's People's Square on Sept 3, sells two flavors of ice cream at 55 yuan ($7.68) each.

The ice creams, which are made with crushed White Rabbit candy and a bar of Godiva chocolate, are wrapped with the brand's classic glutinous rice paper.

In May, the company worked with Scent Library to debut a perfume, shower gel and hand cream. The company also launched a milk tea series in partnership with Shanghai-based drinks brand Happy Lemon.

Most of these products are also available in the pop-up store, which will open for three weeks.