Whole Foods will host a summit on Tuesday for up to 200 of its suppliers, amid anxiety about how its ongoing business revamp will play out under new owner Amazon.com (AMZN.O). 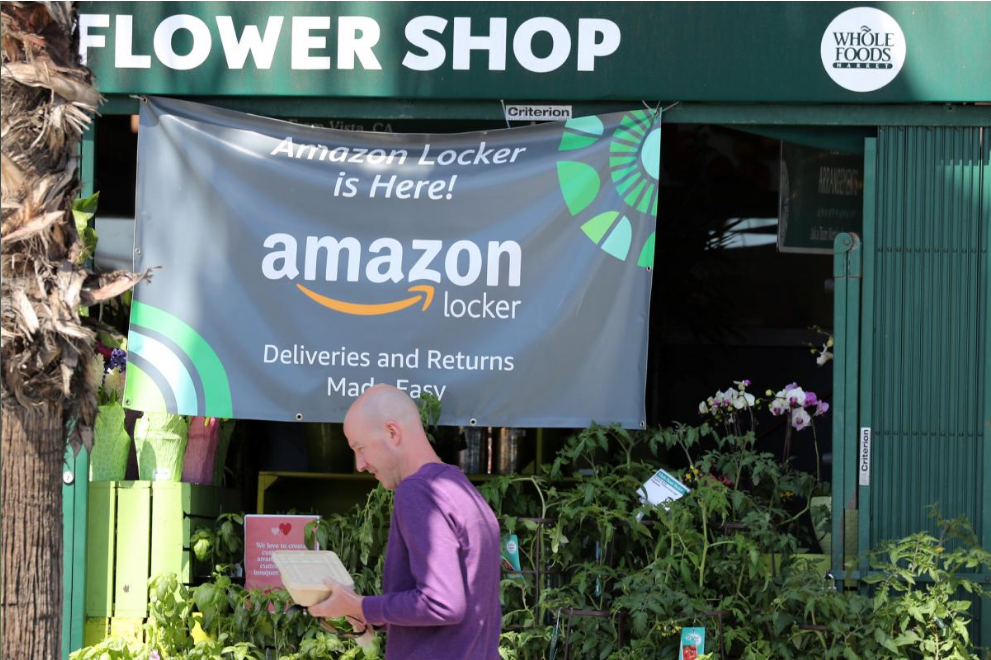 A man walks past an advert for Amazon Locker outside a Whole Foods Market store in Santa Monica, California, US March 19, 2018. (Photo: Reuters)

In a restructuring effort underway before the acquisition, Whole Foods earlier this year began requiring suppliers to use a firm of its choosing to restock shelves and run promotions. As first reported in the Washington Post, Whole Foods is charging some suppliers the equivalent of 3 percent to 5 percent of sales to cover the cost of those broker services.

Those changes caused heartburn for some small upstart brands. “There’s been a lot of brands at Whole Foods that probably shouldn’t have been there to begin with,” said food industry consultant Phil Lempert, who added that it should not be a surprise that the formerly freewheeling retailer is beginning to act like a more mainstream business.

“We have a chance to move faster,” said Califia Farms Chief Executive Doug Steltenpohl, among those who said he planned to attend the summit.

Califia sells almond milk and bottled coffee drinks at Whole Foods and on Amazon.com, which recently invited the Los Angeles-based company to be one of 52 brands to be featured on Amazon Launchpad, a new marketing service that aims to connect brands with Amazon shoppers.

“The changes we’ve been making across the company directly address the feedback our supplier partners have shared over the years about the challenges of our decentralized purchasing structure and inconsistent practices across regions and stores,” Whole Foods spokeswoman Robin Rehfield Kelly said in a statement.

Kelly said Whole Foods has worked for the last two years to streamline its processes across global and regional purchasing teams to ensure all its suppliers are supported under a consistent company-wide set of protocols.

Whole Foods Chief Executive John Mackey and members of the chain’s marketing and merchandising team will host the summit.

Whole Foods explosive growth faltered after Kroger Co (KR.N), Walmart (WMT.N) and other retailers started charging less for the many of the natural, organic and niche products that once set Whole Foods apart, giving it the ability to charge premium prices.

Since the restructuring, Whole Foods has replaced or stripped the power of its regional “foragers,” who identified and nurtured small brands. Without those champions, some of those products are being eliminated to make space for bigger, faster-moving brands.

“It was kind of disorganized before. More organization and clear communications is definitely better,” said Steve Savage, chief executive of Boulder, Colorado’s 1908 Brands, which sells Boulder Clean laundry detergent and other products at the chain.

“Amazon has encouraged Whole Foods to be more aggressive,” said Jeff “Trip” Tripician, general manager of Niman Ranch. It saw a robust rise in sales of its hams, sausage and bacon at the 473-store chain since the Amazon purchase, he said.

Average monthly foot traffic at Whole Foods has increased by 1.3 percent since the Amazon acquisition news broke in June, according to Venice Beach, California-based InMarket, which uses location data from 50 million smartphones to analyze visitation trends.