BUSINESS Why prudent monetary policy is better than QE 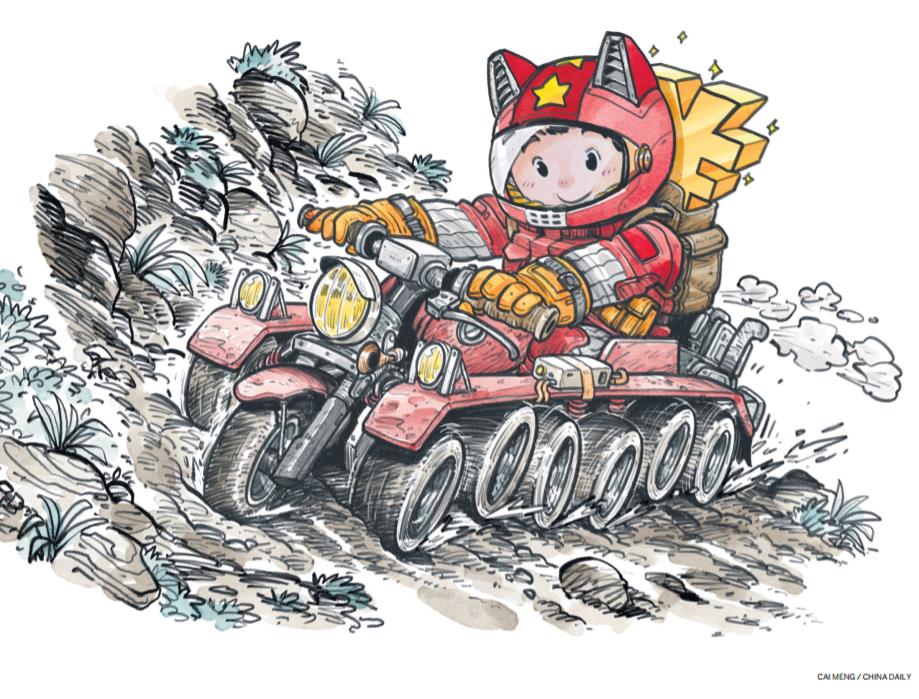 Yi Gang, governor of the People's Bank of China, in an article published in Qiushi Journal in November, explained why the central bank will not use quantitative easing or QE－which is very large, rapid infusions of money into the system by having the central bank buy many types of financial assets. The PBOC will instead maintain a prudent, normal monetary policy－not too tight or too loose.

QE should be an extreme emergency policy－it's a way for a central bank to pour funds into an economy to raise the prices of specific target assets. However, it causes many long-term problems and economic distortions.

The Chinese economy is slowing as part of a long-term transition to a higher value-added production model. But, the slowing is far from an emergency.

Unemployment rose to 5.1 percent in November. This is low by international standards and is unexpectedly low during a structural transition. And, the inflation rate rose to 4.5 percent year-on-year in November, up from 2 percent last year. However, according to National Bureau of Statistics data, 2.6 percentage points of the inflation rate was due to a rapid rise in pork prices due to African swine fever. It does not reflect a systemic problem.

Three episodes in American history illustrate the problems caused by loose monetary policy and loose banking regulation: 1) The stagflation, combined inflation and slow growth, of the 1970s. 2) The savings and loan bank default crisis of the 1980s. 3) The debt-driven boom of the 1990s and 2000s that resulted in the global financial crisis of 2008, which in turn compelled the US government to use QE to escape from a possible great depression.

From November 2008 through 2012, the Federal Reserve, the central bank of the United States, bought more than $4.5 trillion of home mortgage-backed securities, commercial bonds, and other assets-about 30 percent of annual GDP. In effect, the Fed was printing money to boost asset prices and to keep the interest rates on US Treasury bonds low.

One key problem with QE is that it transfers wealth to richer people away from average and poor people. In practice, this means that QE drives up housing prices and the prices of stocks, and drives down the interest rate depositors and other savers can get on their savings. This is great for asset owners, but terrible for average savers or young people trying to buy a house.

QE rewards banks and money managers for taking high risks－they get the upside if the bets pay off, but the government bears the downside risk because bank deposits are insured.

Loose monetary policy increases the prices of a limited number of assets instead of financing real investment opportunities. Companies and people are rewarded for their ability to manipulate financial assets rather than for real productivity increases.

The US economy slowed sharply in the early 1970s in the aftermath of the war in Vietnam. Throughout the 1960s and 1970s, many economists and policymakers believed in a theory called the Phillips curve, which stated that the unemployment rate could be permanently lowered by loose monetary policy. So, the Fed continuously pumped more money into a slowing economy. This worked for short periods, but soon the economy returned to high unemployment and slow growth with even higher rates of inflation. By 1980, the inflation rate reached an all-time high of 13.3 percent with an unemployment rate of 8 percent.

In this desperate situation, new Federal Reserve chairman Paul Volcker, who died recently, sharply raised interest rates, causing what was by far the steepest recession in post-WWII US history. Many businesses failed and unemployment rose steeply. Many people lost their homes because of the incredibly high interest rates, which reached 18 percent on home mortgages. Only very stimulative fiscal policy and large tax cuts saved the country from greater disaster.

The second episode shows the dangers of loose banking regulation that encourages banks to invest in risky assets. The US had long had a special kind of small, local bank, called a savings and loan bank, that received local deposits. Such banks were restricted to making very safe investments, primarily in local home mortgages. George Bailey's bank in the movie It's A Wonderful Life was an S&L bank.

By the mid-1980s, banking deregulation had allowed a few big city banks to outbid the small S&L banks for deposits, so the old, safe S&L business model was no longer viable. Regulators decided the way out of this dilemma was to allow the S&L banks to invest in riskier and riskier assets－primarily large suburban shopping centers and other commercial property in out-of-the-way areas.

As should have been expected, this bet on risky investments did not work and many S&L banks went bankrupt. Since the deposits were insured by the government, the taxpayers were on the hook to pay for the S&L banks' losses, which amounted to more than 2 percent of GDP.

You might think that banks can make reasonable judgments about the riskiness of their investments. The problem is that they are not risking their own money. They are risking their depositors', and ultimately the government's, money.

In the S&L banks case, a successful bet on a risky investment led to a very high return for S&L bank owners and managers. An unsuccessful bet stuck taxpayers with the bill.

In the late 1990s into the 2000s, the US appeared to have a magnificent economy. First, stock prices boomed. After the NASDAQ collapse in March 2000, housing prices soared. The problem is that these booms turned out to be bubbles, driven by loose monetary policy and low interest rates.

The money flowing into the economy had to go somewhere. It drove up the price of assets, mostly housing and stocks－largely to the benefit of upper-income people.

Most disastrously, low interest rates meant that banks could not make money from safe loans, so they turned to riskier investments, especially sub-prime housing loans. Regulation of banks was very loose and little attempt was made to control the immense risks. Any bank employee who did not want to approve the risky investments, which were highly profitable in the short run, was simply replaced.

Naturally, this led to a huge mess, culminating in the crisis in the fall of 2008, and the taxpayers were again stuck with the bill.

QE probably was necessary to prevent an economy-wide disaster after the banking collapse in 2008. The week beginning with the Lehmann collapse on Monday, Sept 15 was certainly scary.

There were very legitimate fears that this could be the start of a new great depression. Any policymaker at the time certainly would have done everything possible, including QE, to help the economy survive in the short term.

But it is much better to adopt prudent monetary policy and strong banking regulations, as China is now doing, to prevent such a crisis from ever arising.