BUSINESS Why the outlook for China's economy remains strong

Why the outlook for China's economy remains strong

A rising middle consumer class and further reform and opening up are key factors behind China's ability to continue thriving economically, despite ongoing trade frictions with the United States. 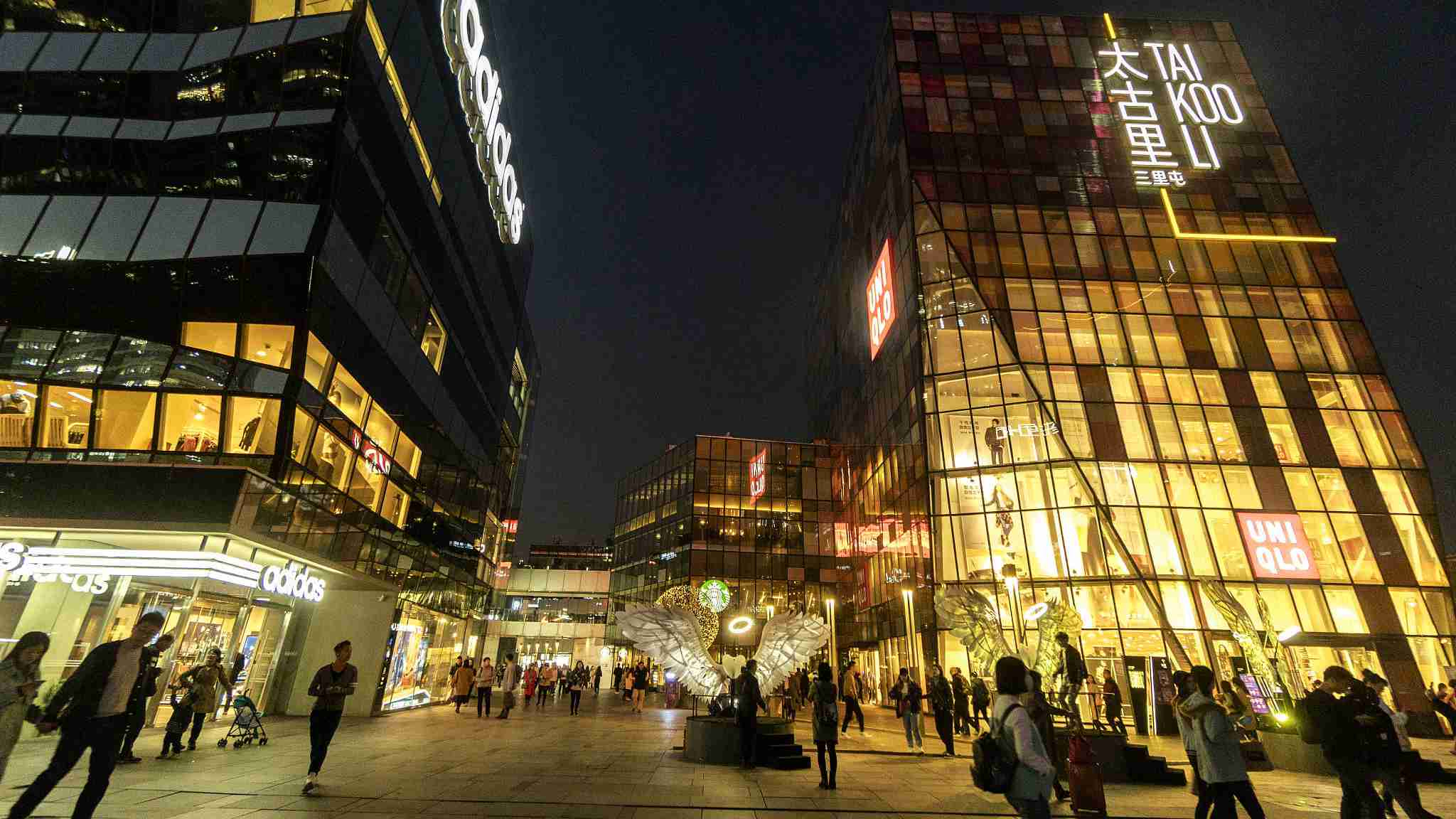 Just over three months after the first round of tariffs targeting Beijing initiated by Washington came into effect, China's various economic barometers have resisted any ill effects.

Trade data in the first seven months of the year showed exports up 5.0 percent year-on-year, with imports increasing by 12.9 percent. Manufacturing PMI data of 51.3 in August confirmed a 25th consecutive month of expansion, suggesting factories nationwide were brushing off the threat of trade frictions.

As senior fellow at the China Association of International Trade Li Yong told CGTN earlier this month, "China's economy is not as bad as Trump has described, neither down 25 percent nor collapsing. The fact now is that the US has not gotten any material benefits from the trade fights." 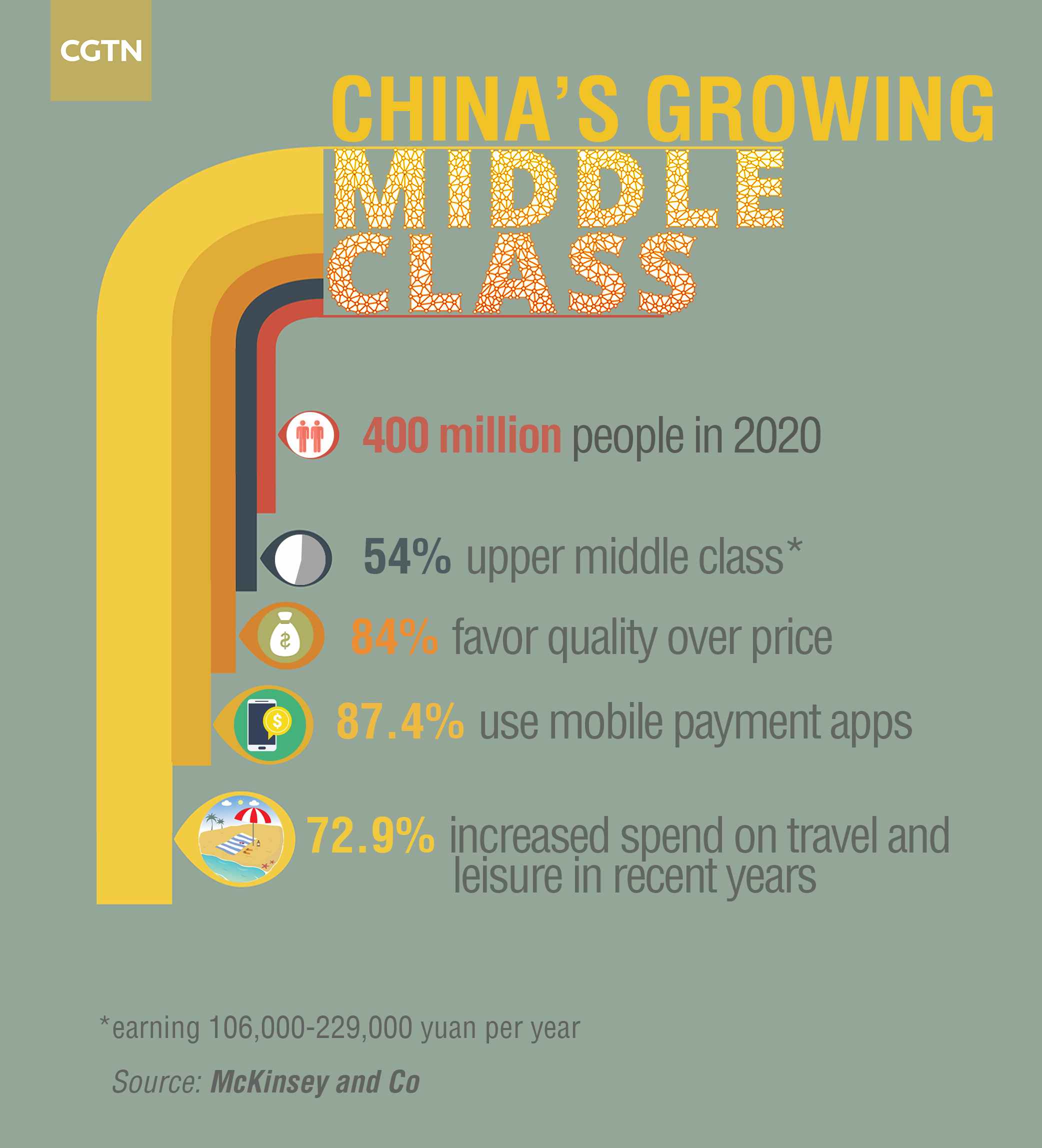 So what is driving domestic and international business confidence in China?

Decades ago, China was a source of labor for multinational companies looking to keep costs low and production levels high. Today, China is a key target market for those same companies, with a burgeoning Chinese middle class driving global consumer trends and habits.

Research by McKinsey suggests that by 2020, China's middle class will be made up of 400 million people – exceeding the entire population of the United States or Western Europe.

McKinsey's report found that more than 75 percent of Chinese middle class surveyed agreed that "they would prefer to spend more in exchange for better experience and services."

The potential spending power of the world's biggest middle class population is obvious, and trends such as the continuous increase in university graduates every year (7.95 million graduated last year) makes China a key long-term market for domestic and international suppliers of quality goods and services.

Confidence in continued reform and opening up

Forty years after China first set out on the road of reform and opening up, the country is resolute in adhering to that path, with Chinese President Xi Jinping saying "China's open door will not be closed, it will open wider" at the opening ceremony of the 2018 Boao Forum for Asia in April.

China's direction on reform is clear and unswerving, and the reaction of major foreign firms to recent developments in the country's opening up has been overwhelmingly positive.

With the world's biggest auto market combined with a huge middle class, China could easily take the path of certain other countries and shut the door to foreign competition. Instead, Beijing has embraced major international car firms, announcing earlier this year its plans to gradually remove all caps on foreign ownership of ventures in China.

How have those firms reacted? Electric vehicle giant Tesla is establishing its first "giga-factory" outside the US in Shanghai, while BMW, Audi, Volkswagen and other major manufacturers have all signed huge deals in China this year.

Beyond autos, reform in China's financial sector has progressed rapidly in 2018, with foreigners residing in China now able to invest in equities, and overseas firms getting the green light to take majority stakes in securities and insurance firms, with all caps to be removed by 2021.

Again, the reaction has been very positive. JP Morgan, UBS and Nomura have all applied to take majority stakes in their Chinese joint ventures, while Goldman Sachs and Morgan Stanley have expressed their interest in such a move.

As CGTN's Zou Yue puts it, China is "making its most ambitious social and economic experiment in history: Reforming itself and opening its arms to others. If China is a thief's house or a robber's den, why is it then that Apple, GM, Starbucks, Tesla among many others are expanding their businesses here?"

The affirmative actions of these international companies speak louder than words (or tweets for that matter). As Zou concludes, "Even when your partner loses their cool, it makes more sense that you don't."