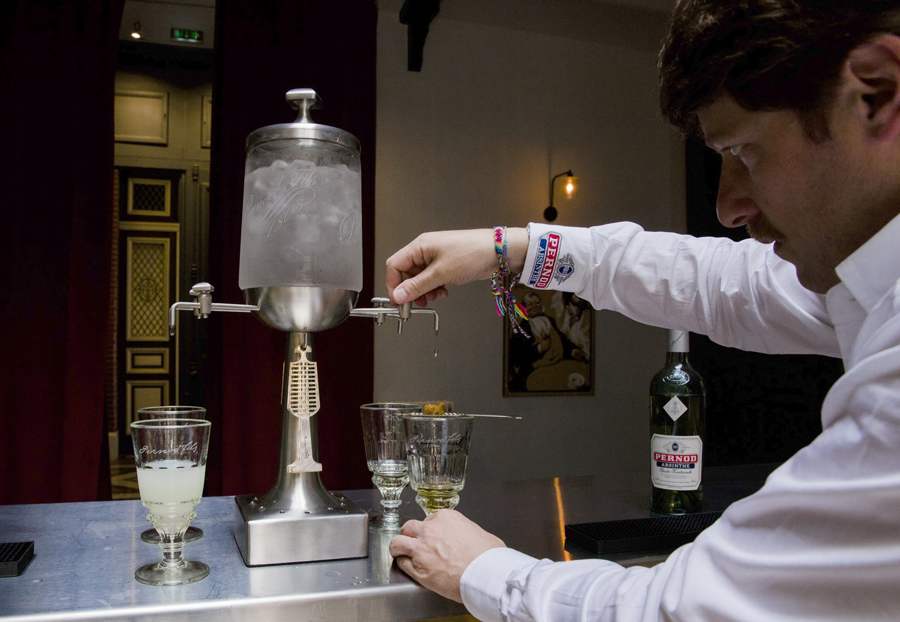 A barman releases drops of chilled water from a fountain into a pontarlier glass of absinthe in the bar area at Pernod Ricard SA's absinthe distillery in Thuir, France. (Photo: Agencies)

Jean-Etienne Gourgues, managing director of Pernod Ricard China, said "As a committed supporter of global free trade, Pernod Ricard hopes to further solidify our presence in the Chinese market...and utilize innovative technologies to promote the sustainable development of the industry".

The remarks were made during the ongoing China International Import Expo in Shanghai, where the company showcased its key brands and popular products.

The company, together with other French brands, also created the French National Pavilion at CIIE.

"We are delighted to participate again in the second CIIE and be a part of this world-class import expo platform to offer Chinese consumers more options for quality spirits and wines," Gourgues said.

To date, the company has introduced some of its key brands like Chivas Regal and Martell to China's market.

It has a wholly-owned trading company based in Shanghai, and has set up offices in cities including Beijing and Guangzhou.

Pernod Ricard China is also strengthening efforts to promote sustainable development with its 2030 road-map supporting the United Nations Sustainable Development Goals, according to the company.