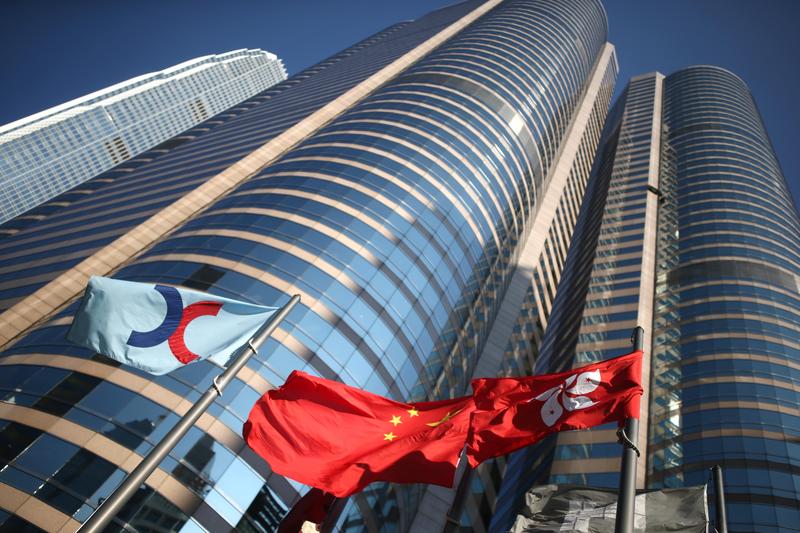 The new index of Hang Seng Indexes Company closed 1.28 percent lower to 6,774.78 points on its debut.

The tech index follows the performance of the 30 largest Hong Kong-traded tech firms in sectors including Internet, financial technology and e-commerce. Internet conglomerate Alibaba, making its secondary listing in Hong Kong last November, has the biggest weighting of 8.53 percent in the index, followed by Tencent and Meituan Dianping.

The launch of the tech index came as tech firms have started to play an increasingly bigger role on Hong Kong's stock market.

Trading of tech shares has become robust on the market as a growing number of investors have started to favor tech firms, said Vincent Kwan, chief executive officer of Hang Seng Indexes Company.

Given the changing market landscape, the new index will better reflect the performance of top Hong Kong-listed technology companies.

Hang Seng Indexes Company also said the tech index will become the next flagship index of the company, alongside the broader Hang Seng Index and the Hang Seng China Enterprises Index.

Kwan also expects the index to become an international index after more global leading tech firms opt to go public in Hong Kong in the future.

Hong Kong's appeal to tech firms is attributable to a bold reform on listing rules of Hong Kong Exchanges and Clearing Limited (HKEX) in 2018, which features lower thresholds for bio-tech companies and approval of weighted voting rights structures.

The reform has encouraged more promising tech firms to raise funds in Hong Kong and provided a major boost for the fund-raising market to stay prosperous.

Analysts believe the Hong Kong market can also wean off its reliance on traditional industries, including finance and property, and make a shift to the new economy.

More tech firms eager to list in Hong Kong and more investors turning to Hong Kong have helped form the current technology and finance circle here, Kwan said, adding that the new index, along with the market development, will propel Hong Kong for the tech sector.

Currently, more U.S.-traded Chinese mainland companies are expected to choose Hong Kong as the destination of their secondary listing. Alibaba, JD.com and NetEase have all completed their fund-raising in Hong Kong.

Ant Group, the parent company of China's leading mobile-payment business Alipay, also announced earlier this month that it has commenced the process of concurrent initial public offerings in Shanghai and Hong Kong.

The Hong Kong stock exchange topped the world's IPO league table for a second straight year in 2019 and for the seventh time in the last 11 years, with 312.89 billion Hong Kong dollars (about 40 billion U.S. dollars) raised.