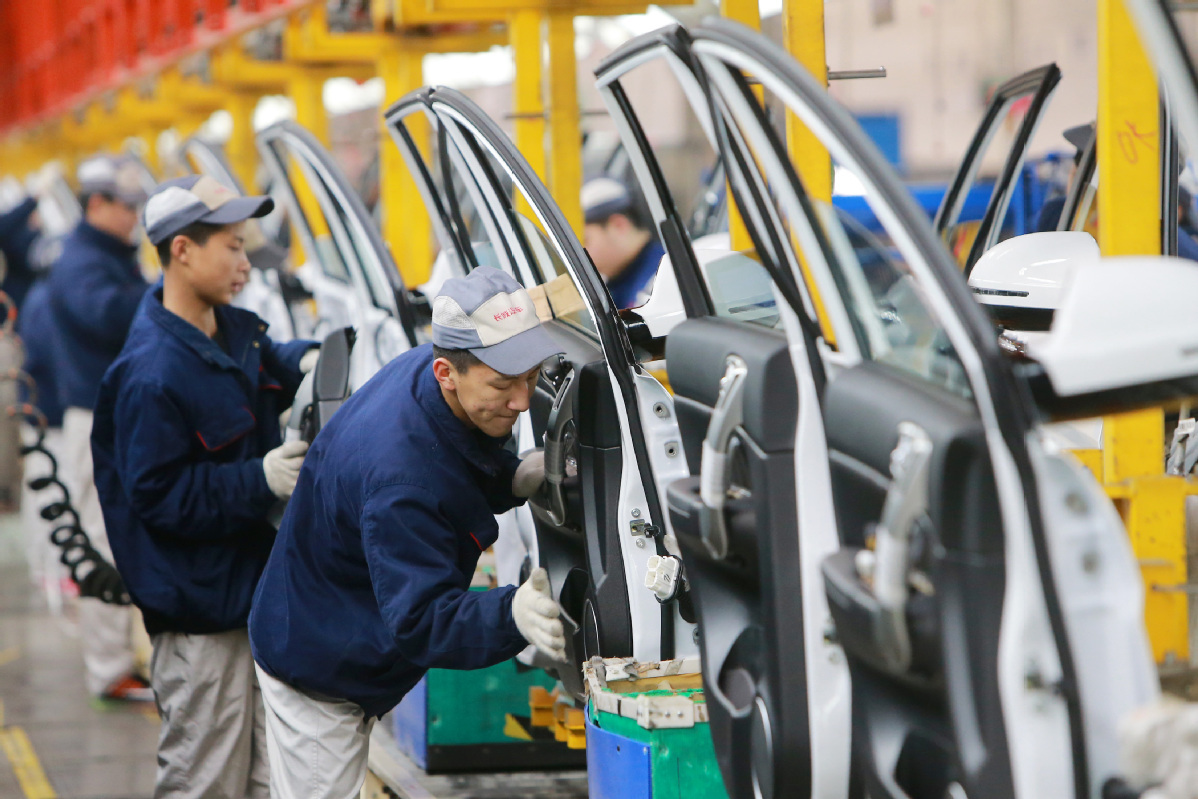 TIANJIN -- As the night shift began at around 8:00 pm, the lights in an assembly workshop of China's leading SUV maker Great Wall Motor (GWM) were turning on. Then there came a roaring sound of machinery.

"This production line is back to normal, pushing forward the production in the whole industrial chain," he said.

GWM is among a growing number of enterprises in China that work day and night to cushion against the economic fallout of COVID-19.

Chinese Average Light Index (ALI), based on satellite imagery of night lighting, had increased by about 200 percent in early April compared with that of early February, according to Chen Dong from the big data development department of the State Information Center.

Her view is echoed by the scene in Tianjin Yiyi Hygiene Products Co Ltd around 40 km to the west of the GWM factory. Workers have been racing against the clock to produce hygiene products for pets.

"We have been running at full capacity since early March. Our overseas orders for March and April have surged over 15 percent year-on-year, respectively," said the company's chairman Gao Fuzhong.

Amid further containment of the COVID-19 epidemic, China is powering ahead in returning to work and resuming business and production. Companies have devised ways to turn the tide against the virus and keep their businesses afloat.

By April 15, about 84 percent of small and medium-sized enterprises, the most sensitive to weaker consumer demand, had resumed work, according to official data.

The company can adjust its product designs to meet consumer demand based on the platform's feedback, and online sales have increased by 50 percent amid COVID-19, according to Dong Fenghao, manager of the company's e-commerce department.

Liu Gang, director of the Nankai Institute of Economics, said the growth of the digital economy makes China's economy more resilient, while the internet has played a significant role in maintaining and restoring social and economic order amid the epidemic.

Besides the manufacturing sector, consumption played a more important part in the increase of ALI, said Yang Daoling, a staff member of the big data development department, the State Information Center.

As the epidemic began to wane in the country, cruise ships have restarted their night touring service on the Pearl River; diners return gingerly to restaurants to fulfill their appetites after being cooped up at home for months; some tourist attractions featuring nightlife have reopened their doors.

Work and production resumption in March helped pare sharp declines in manufacturing, investment and consumption activities in the first two months when the country prioritized strict containment measures at the early stages of the epidemic, said Wen Bin, a chief researcher with China Minsheng Bank.

Mao Shengyong, a spokesperson with the National Bureau of Statistics, said the economy is expected to perform better in Q2 with accelerated work and production resumption and stronger policy measures put in place.