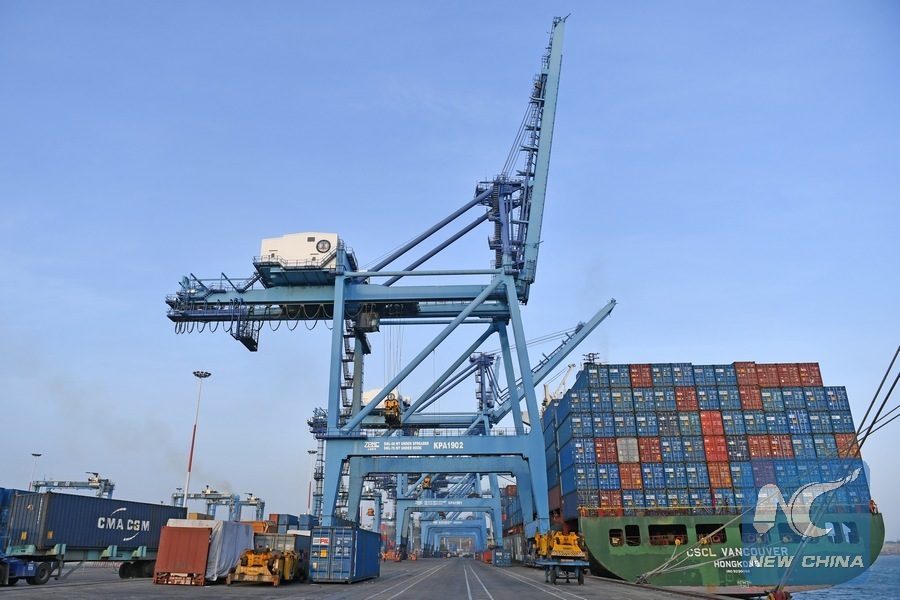 World Bank has raised Africa's economic growth rate to 3.1 percent in 2018 on account of the region rebounding after three years of slowdown due to the collapse in global commodity prices.

The Bank in its Africa's Pulse, a biannual publication, released last Wednesday said the economic growth is projected to firm to 3.6 percent in 2019 and 3.7 percent in 2020.

The projected growth is expected to attract more Foreign Direct Investment in the region by top developing economies like China and the developed economies, resulting in increased volume of trade, according to the report.

China is a top foreign investor in Africa while at the same time providing finances to infrastructure projects.

World Bank says the forecasts are predicated on the expectations that oil and metals prices will remain stable, expansion in global trade will stay robust, and external financial market conditions will continue to be supportive.

The Bank, however, warns that structural constraints will prevent a faster pick-up in GDP growth in the region without renewed progress in structural reform.

In a televised news conference in about 15 countries late on Wednesday, Albert Zeufack, the Bank's Chief Economist for Sub-Saharan Africa, said he hopes that governments will implement reforms to address macroeconomic imbalances and boost investment.

"Growth has rebounded in Sub-Saharan Africa, but not fast enough. We are still far from pre-crisis growth levels," Zeufack said.

"African governments must speed up and deepen macroeconomic and structural reforms to achieve high and sustained levels of growth."

Elsewhere, economic activity will pick up in some metals exporters, as mining production and investment rise.

Among the non-resource intensive countries, Zeufack said solid growth, supported by infrastructure investment, will continue in the West African Economic and Monetary Union led by Cote d'Ivoire and Senegal.

Growth prospects have strengthened in most of East Africa, owing to improving agriculture sector growth following droughts and a rebound in private sector credit growth. In Ethiopia, according to the Bank, growth will remain high, as government-led infrastructure investment continues.

The Bank said for the projected growth to happen, governments will have to institute structural and social reforms by embracing technology and leveraging innovation.

The governments need to increase the access to electricity to their citizens and make it reliable in a bid to boost productivity across and within sectors.

Punam Chuhan-Pole, the Bank's Lead Economist and author of the report, cautioned that for many African countries, the economic recovery is vulnerable to fluctuations in commodity prices and production.

"This underscores the need for countries to build resilience by pushing diversification strategies to the top of the policy agenda," she said.

While the economic outlook for the region is brighter than it has been in the past three years, Punam warned that public debt relative to GDP is rising, and the composition of debt has changed, as countries have shifted away from traditional concessional sources of financing toward more market-based ones.

She said higher debt burdens and the increasing exposure to market risks raise concerns about debt sustainability. She noted that 18 countries were classified as high-risk of debt distress in March 2018, compared with eight in 2013.

This issue of Africa's Pulse has a special focus on the role of innovation in accelerating electrification in Sub-Saharan Africa, and its implications of achieving inclusive economic growth and poverty reduction.

The report finds that achieving universal electrification in Sub-Saharan Africa will require a combination of solutions involving the national grid, as well as "mini-grids" and "micro-grids" serving small concentrations of electricity users, and off-grid home-scale systems.

Improving regulation of the electricity sector and better management of utilities remain key to success, according to the report.