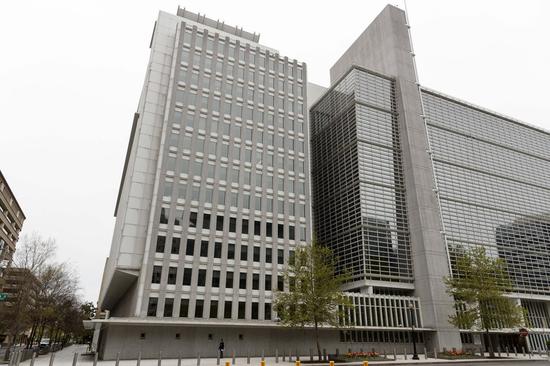 A World Bank senior official has said that China has been increasingly engaged as a donor in the International Development Association (IDA), the bank's fund for the poorest countries, noting that its strong support is highly appreciated.

"China has been very supportive, they have increasingly engaged as a donor, which has been welcomed," World Bank Managing Director of Operations Axel van Trotsenburg told Xinhua in a recent virtual interview.

Looking back at China's relationship with the World Bank during the past four decades, van Trotsenburg said "it's a very interesting story."

"China received, in the 80s, IDA money and has invested it very well with very good return," said the World Bank official. "And China also thought, well, this is something where also they would like to give back what they received."

"Over 10 years, 12 years, they have become a donor, highly appreciated, but it is the mindset, that is important," van Trotsenburg said. "It is that we work together to help countries when then countries become more prosperous, they are also giving money back. And we like that idea, and support that."

The World Bank recently announced a 93-billion-U.S.-dollar replenishment package of the IDA to help the world's 74 poorest countries, focusing on their recovery from the COVID-19 crisis.

IDA's 19th funding cycle (IDA19) kicked off in July 2020, and a record replenishment of 82 billion dollars was originally expected to finance projects over the three-year period ending June 30, 2023, according to the multilateral lender. The 20th replenishment of IDA was advanced by one year due to scaled up pandemic response. IDA20 will cover the period of July 1, 2022 to June 30, 2025.

Noting that donors have provided roughly the same amount in support as in IDA19, van Trotsenburg said "we have been grateful of their generosity given that also, everybody is under a difficult fiscal situation."

The World Bank official noted that every dollar that donors contribute to IDA is now leveraged into almost 4 dollars of financial support for the poorest countries, adding that "it's a good deal" for both the donors and the beneficiary countries.

For countries that are in fragile situation, such as Haiti, Mali and Somalia, the IDA is offering grants, while for a group of countries that can afford loans, the IDA is providing long-term zero-interest loans or soft loans, van Trotsenburg said.

"So we need to see there is a whole spectrum of countries, and we have designed that in such a way that we optimize A, to support and B, how we best finance," he said.

Amid the pandemic, the World Bank not only spent much more on health emergency, including vaccines, personal protective equipment (PPE), and on strengthening health system, but also boosted its support in social and education sector, as many people lose jobs and go hungry, and many kids can't go to school due to lockdowns, according to van Trotsenburg.

About 40 percent of the bank's interventions are COVID-19 related, the World Bank official noted.

Beyond that, he said what the World Bank is emphasizing is to help countries get back to the development agenda, and enable them to build back inclusively.

"We need to regain the losses that happened over the last two years and what the bank has been very firm about is we are not only a hundred percent, we are 150 percent committed to push very hard to development agenda," said the World Bank official.

"The World Bank at the end of the day is about long term development," he continued. "How do we give people a chance to develop their abilities, to have a chance to have decent lives, have an education, have jobs, and ultimately, really go from a low income status to middle income status, and ideally to go further."

Van Trotsenburg noted that the bank has been stepping up "enormously" its climate engagement, with its climate financing going up in recent years and accounting for a bigger share of its total financing.

He said the bank has a target to make 35 percent of its financing climate related, and that in the IDA20 translates into about 33 billion dollars of investment commitment.

"We are not an organization who want to fly in and fly out. We are not there for the cameras, we are for the hard development. And that's what we are standing for," said the World Bank official.