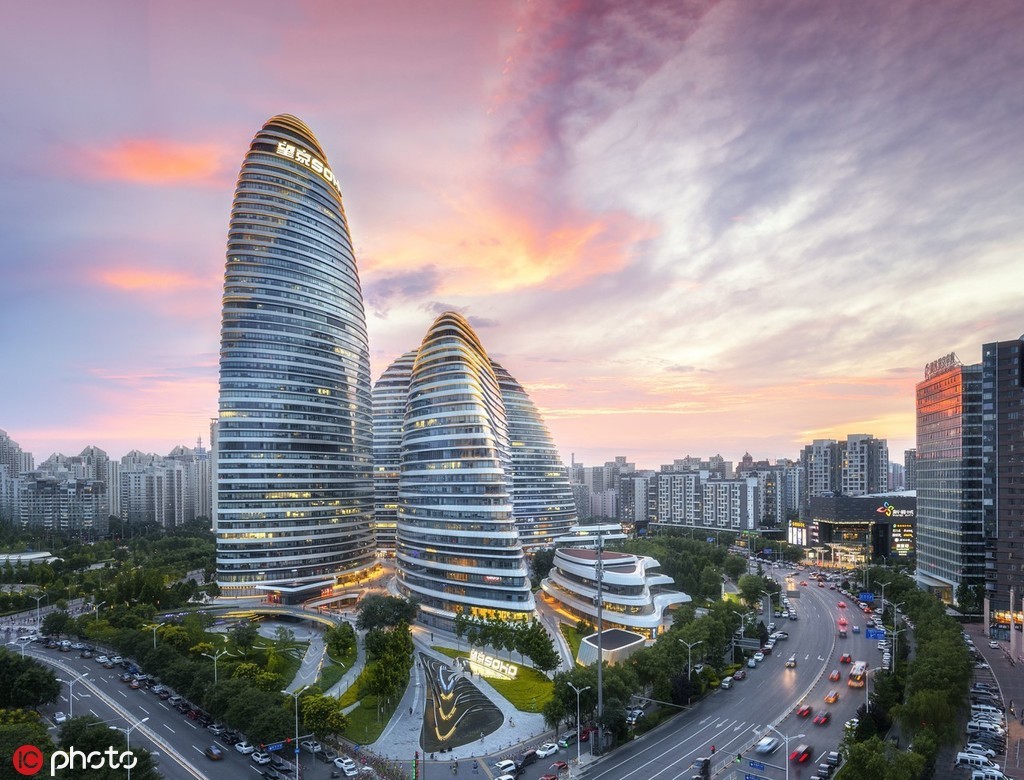 A sunset view of Wangjing Soho in Beijing. (Photo: IC)

Additional progress on US-China trade negotiations that leads to less trade policy uncertainty could lead to higher-than-expected US growth, the World Bank said Wednesday, as it forecast global economy growth to edge up 2.5 percent this year.

In an updated economic outlook released Wednesday, the 189-member lending institution predicts US GDP growth to slow from 2.3 percent in 2019 to 1.8 percent in 2020 and then decelerate further to 1.7 percent in both 2021 and 2022.

The report said US growth has let up amid slowing investment and exports.

"Notwithstanding the recent trade deal with China, rising tariffs have increased trade costs, while policy uncertainty has weighed on investment and confidence," it said.

The World Bank report was unveiled a week before top Chinese and US trade negotiators are scheduled to meet in Washington. US President Donald Trump has announced that a phase one US-China trade agreement will be signed in mid-January, and after that he will travel to China for continued talks.

The report noted that trade tensions between the world's top two economies escalated throughout most of 2019. "These tensions, and the ensuing increase in policy uncertainty, have resulted in sizable aggregate losses for world trade," it said.

For China, the World Bank expects its growth to moderate to 5.9 percent in 2020 and 5.8 percent in 2021 — 0.2 percentage point below previous projections in both years, amid a slowdown in labor productivity growth and continued external headwinds.

In the same way, it pointed out that a "permanent and lasting" resolution of trade disputes with the US that builds upon recent progress could bolster China's growth prospects and reduce reliance on policy support.

It said the United States and China together represent nearly 40 percent of global GDP, nearly a quarter of global trade, and an even larger share of capital goods trade.

"Accordingly, renewed disruption to US-China economic ties could result in damage not only to these two economies but to the rest of the world, as its effects would propagate through trade, financial, and commodity linkages," it said.

On the upside, further de-escalation of trade tensions between the two countries could continue to mitigate global policy uncertainty and bolster activity, according to the World Bank report.

Globally, the economy will grow only slightly from 2.4 percent in 2019 to 2.5 percent this year, the weakest performance since the 2008 financial crisis, the World Bank said.

It cautioned that despite a recent notable reduction in the threat of protectionism, risks to the global outlook remain on the downside. A re-escalation of global trade tensions could further weigh on world activity.

In contrast, the International Monetary Fund predicted in October that global growth in 2020 would improve modestly to 3.4 percent.

"With growth in emerging and developing economies likely to remain slow, policymakers should seize the opportunity to undertake structural reforms that boost broad-based growth, which is essential to poverty reduction," Ceyla Pazarbasioglu, vice-president for Equitable Growth, Finance and Institutions at the World Bank Group, said in a statement.

"Steps to improve the business climate, the rule of law, debt management, and productivity can help achieve sustained growth," she said.