Shanghai (People's Daily) - As the days to the second China International Import Expo (CIIE) count down, many enterprises are busy preparing to embrace the event and anticipate more opportunities.

More than 3,000 enterprises from more than 150 countries and regions have confirmed they will participate in the second expo, according to a press conference for the 100-day countdown to the expo held in Beijing on Friday.

Per Linden, board director of the Swedish Chamber of Commerce in China, said businesses are more prepared for how the expo works. 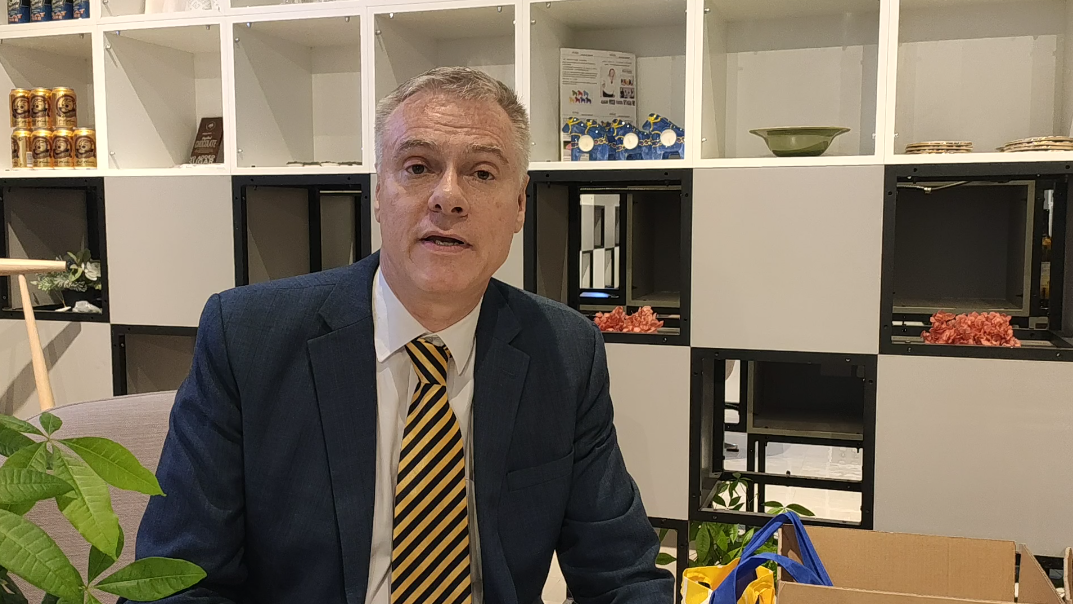 Per Linden, board director of the Swedish Chamber of Commerce in China

The CIIE is a starting point and provides a good opportunity for global companies to connect with Chinese consumers, Linden told the People's Daily on Thursday at an exhibition for northern European brands in the Greenland Global Commodity Trading Hub.

The hub, near the National Exhibition and Convention Center (Shanghai) where the expo is held, offers a permanent exhibition space for foreign firms to demonstrate their products after the expo closes.

"Starting next week, we will expand our show here, making it four times bigger," he said. "We will also invite many more brands to come to the CIIE and our home here."

A total of 15 Swedish companies attended the first CIIE last year, according to the organizer of CIIE. Sweden is China's biggest trading partner in northern Europe, and the bilateral trade volume increased by 15 percent last year.

Metro Jinjiang Cash and Carry Co Ltd based in Shanghai that operates self-service wholesale and retail outlets in China will attend the CIIE for a second time. 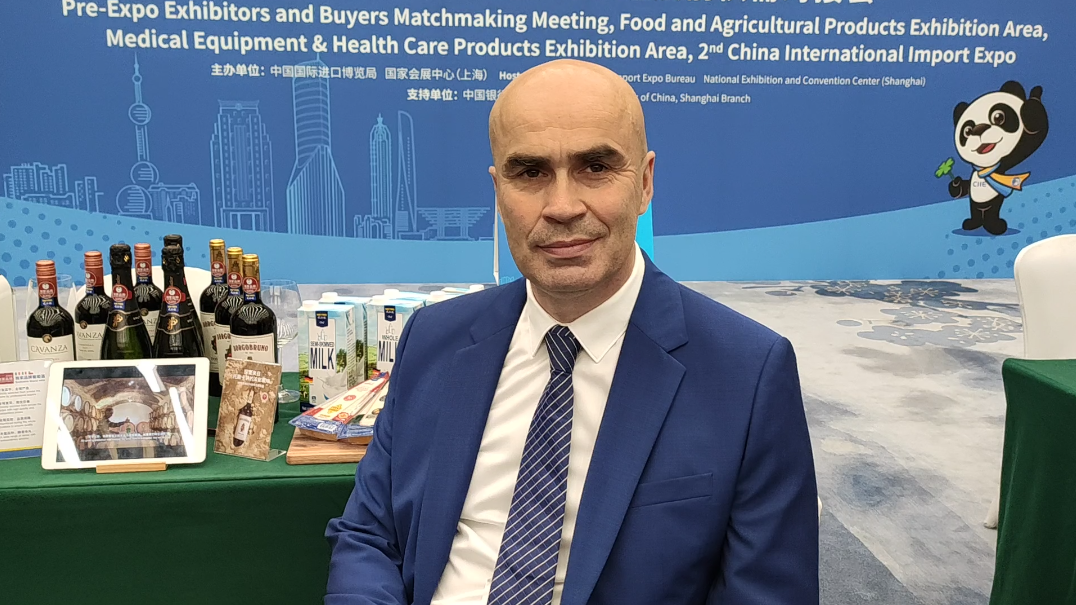 The CIIE is not only a good occasion to expose different goods from around the world to Chinese market, but also a platform to find new sources of products to satisfy Chinese consumers, the company's president Claude Sarrailh told the Peoples Daily on Friday.

Demand far outstrips the supply of tickets to the expo this year, according to the organizer. Many brands failed to register into the second CIIE.

Aylin Bagci, Asia commercial VP of Stanley Black&Decker, a US toolmaker headquartered in Connecticut, said she feels sorry about missing the deadline to participate the CIIE this year and anticipates she will get a ticket for future expos. 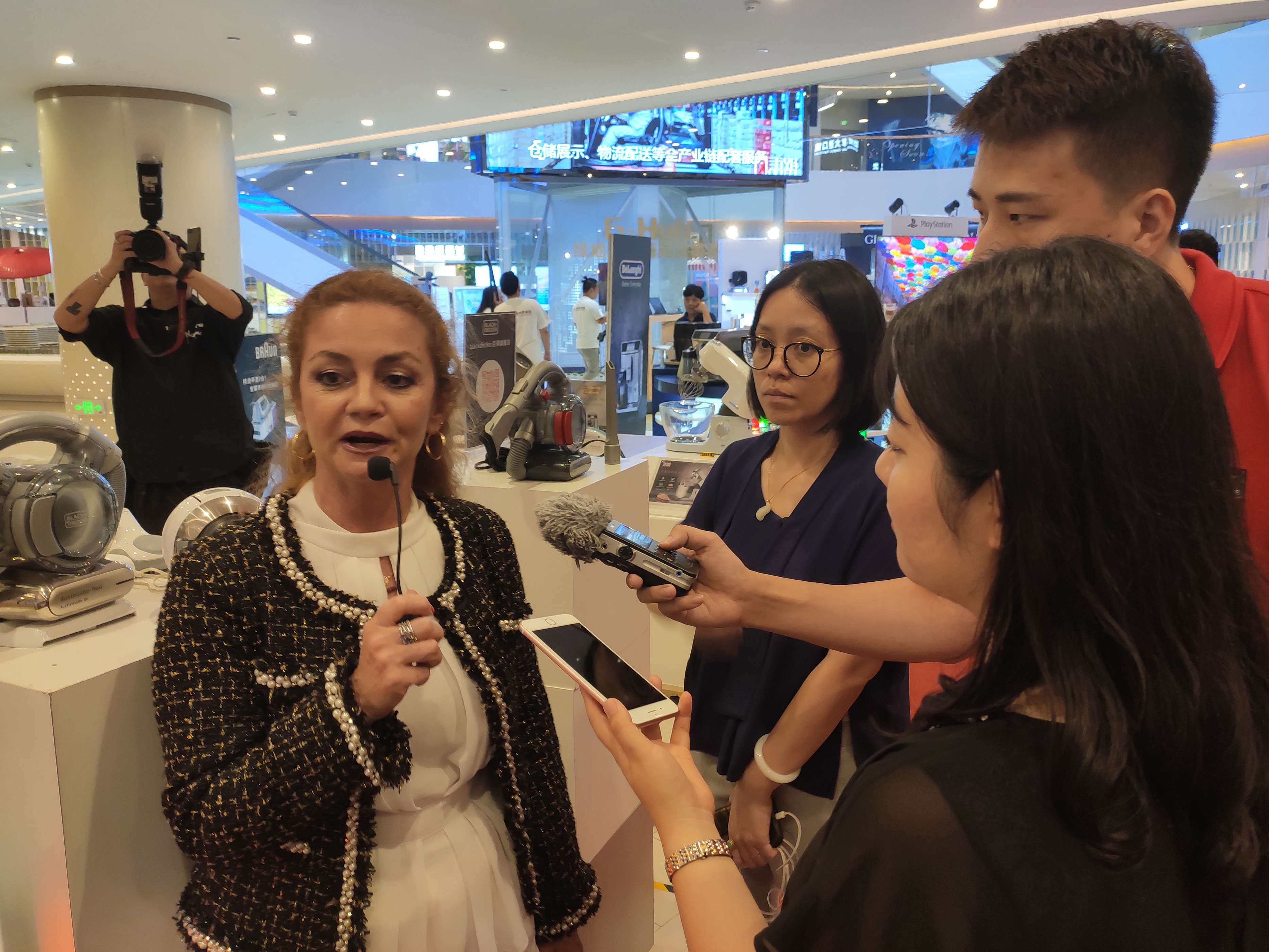 To remedy missing the deadline, her company set up a shop at the Greenland Global Commodity Trading Hub, the first outlet store in China.

The three interviewees shared the view that they value the Chinese market very much.

"The Chinese market is very important and big. It's one of the world's biggest industrial markets," Bagci told the People's Daily, noting that they have engaged in production and sales in China for many years. She also believes it is a great market to be competitive in, and worthwhile developing a business here.

China's import of goods and services is expected to exceed $30 trillion and $10 trillion respectively in the coming 15 years, according to official estimates.

In addition, China continues to broaden market access and improve its business environment, with many substantial policies being implemented.

"It's getting easier and easier for us to import new categories of products to China," said Claude Sarrailh, citing China's recent lifting of its embargo on French beef. "Getting certifications is also much more easier now," he added.

The Chinese market has a lot of potential and is attractive, but many companies still have a poor understanding of it, Linden said, adding that they have been making efforts to change the situation, including inviting Swedish companies to China and training them to improve packages or flavors to adapt to Chinese consumers.