NANJING, Dec. 15 (Xinhua) -- Despite a five-hour time difference and absence of their national team, Chinese football fans are still full of zest for the FIFA World Cup in Qatar, as the global football extravaganza has fueled a consumption drive in the world's second-largest economy. 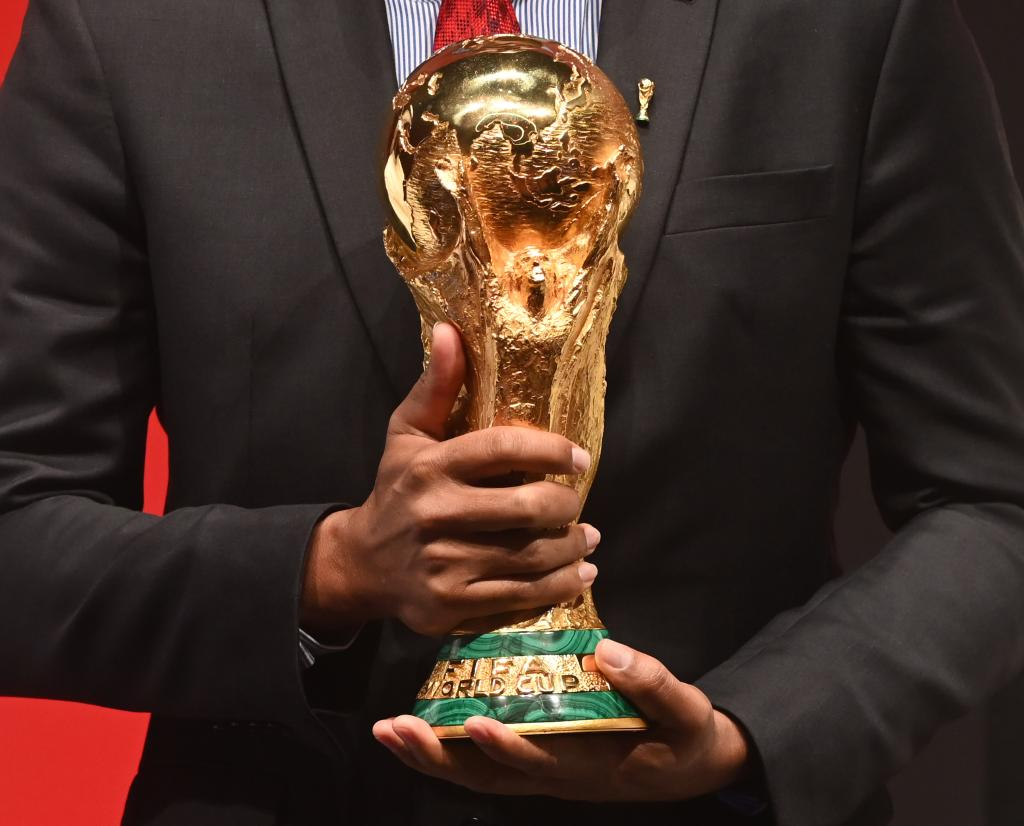 Wang Xiaolin, one of the avid fans in the eastern Chinese province of Jiangsu, has set up a home theater that includes a projector he specially purchased for the tournament. He ordered fresh meat, vegetables and beer online and invited several friends to watch matches while eating hotpot at midnight.

"It's a quadrennial carnival, and there's plentiful star power. The passion of football fans from China can never be underestimated," Wang said, adding that he also bought an official match ball and a mascot figurine for the World Cup.

China is estimated to have about 200 million football enthusiasts in 2022, and with the country's disposable income level on the rise, more fans will be willing to pay to enjoy football matches, according to data firm Statista.

From catering to fast-moving consumer goods, several industries in China have seen legions of fans become big-spending consumers, and the situation could soon be even better, as the country has recently optimized its COVID-19 response, making it easier for people to travel and enter public venues.

Though it was about 3 a.m., customers still ate with relish at a Haidilao hotpot restaurant in Jiangsu's Nanjing while watching and conversing about a World Cup match. The chain restaurant has rolled out a football-watching menu that includes a hotpot, beers and barbecue.

"The atmosphere is wonderful, and we can share our excitement. It's also a great way of socializing," a customer said.

Consumption of party supplies, including food and beer, has seen a significant increase in China during the four-week tournament. Data from China's online food delivery giant Meituan showed that beer and beverage orders increased by 43 percent and 25 percent month-on-month, respectively, on the opening day of the World Cup.

According to fresh food retailer Hema, hotpot-related order volume grew by over 40 percent in the first two weeks of the tournament, and since the beginning of November, the sales volume of beer increased 168 percent year-on-year.

Chinese e-commerce giant JD.com has zeroed in on its instant delivery service to seize the business opportunities, as it has teamed up with chained supermarkets and extended business hours to cater to the fans who stay up late watching games with beverages and snacks.

The World Cup also triggered a booking fever for football-themed hotel rooms, with many fans eager to secure a space where they can exert their enthusiasm without disturbing others late at night. Hotel reservations in China surged 30 times month-on-month on the first day of the event, according to online travel agency Tongcheng Travel.

Sales of fall-proof products have surprisingly spiked due to the tournament's many shocking results, as a few short videos on social media captured frustrated fans smashing TVs and throwing cellphones after their favorite teams lost unexpectedly. Meituan said sales of these products grew by 252 percent year-on-year, with sales of TV remotes soaring almost eightfold.

A race to thrill Chinese football aficionados has also jumpstarted among the country's shopping centers. At 1912 Block, a shopping landmark of Nanjing, citizens can enjoy urban camping with beers and coffee while watching the furious rivalries.

"During the game season, we have introduced a series of World Cup themed camping packages, providing campers with additional facilities such as projection screens to watch the competitions," said Zhou Weihong, deputy general manager of Chunqiu Tourism.

Zhou added that at its camping base in Nanjing, football-related accessories had been made available for tent decoration, while in Chengdu, Sichuan Province, an immersive game ambiance has been created where customers can participate in interactive activities, including game quizzes.

Many companies have actively embraced the consumption boom sparked by the far-reaching football bonanza to achieve their business goals in the humongous sports market.

"We have seized on the 'World Cup economy' this year. From January to November, our export volume increased by nearly 80 percent year-on-year," said Zuo Lingling, a sales manager of Jiangsu Hongbao Sports Goods Co., Ltd. which mainly produces footballs.

"I hope the consumption momentum will continue with tournaments like the Champions League, the Premier League, and the Women's World Cup," Zuo said.

The consumption boom reflected China's growing appetite for football, especially among the Gen-Z crowd, and with the nation's ambition to become a world football powerhouse by 2050, the sport will definitely expand its traction to benefit related industries, said Chen Jia, an independent strategy analyst.